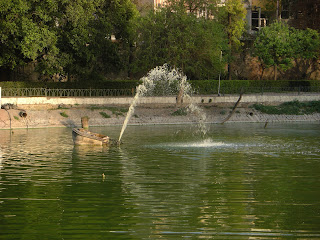 There are fountains in the Haus Khaz lake.
Or the remains of fountains.

"Look," I said to my friend, "It looks like a sunken boat."
"With water shooting out of it?" she queried.
It was odd, I admit. 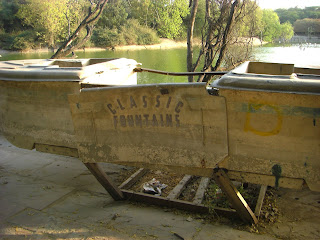 As we walked all the way around the lake, we came across several that had been pulled out of the water. The remains of something called "classic fountains". And they did resemble boats. 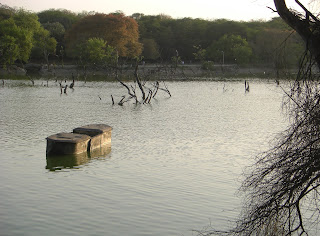 There were others that were still afloat in the water, too, though not working.

The whole lake, it seems, is kind of a mess, as if no one has cared about it for a long while.
It has potential, but it's a long ways from its heyday at the time of Firoz Shah.
at 1:38 PM