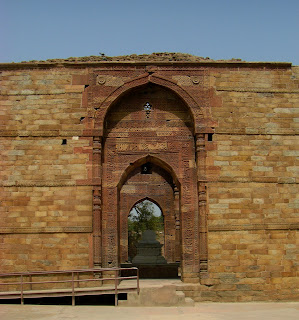 Shams-ud-din Iltutmish was a guy who went from being a slave to being king.

Good looking, talented, a promising future: as a young man, he was sold into slavery by his jealous brothers. 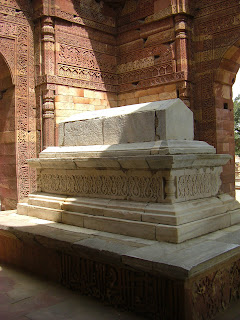 But his work was impeccable and as he was promoted from one position to another, no one could find fault with him. He made it all the way to lieutenant of the king and even married his daughter. When that king,Qtab-ud-din Aybak's, successor proved to be no good at the job, the nobles offered the throne to Iltutmish. He accepted.
Slave to king.

His tomb is at the Qutub Minar complex and, unlike most other tombs, it has no dome.
Maybe it collapsed and was never repaired. But none of the rest of the tomb is damaged, so over the years, people have developed other theories.
Some say that he had a fear of being buried and wanted the tomb left open.
Others say that due to his years as a slave, he was fond of sleeping under the stars and wanted to rest that way in his grave. 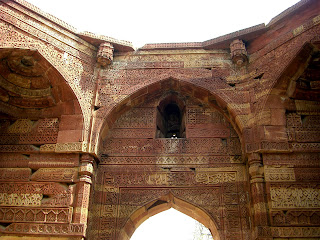 Eight hundred years later, I guess we'll never know the real reason.
But we can speculate along with everyone else and marvel at how a man can be freed from chains to sit on a throne, and be free from ceilings at one of the most visited places in India.
at 9:42 AM

The beginning of the story reminds me an awful lot of Joseph.

Yes it does. Uncanny really. All the way up to marrying a princess.