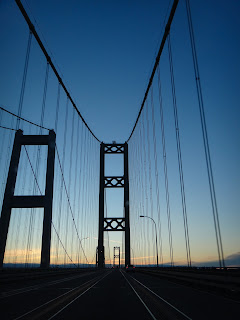 While paying the toll to cross the bridge over the Tacoma Puget Sound, my friend asked the toll-taker about the history of the bridge.

My realization:  I know so little about Washington or Tacoma in context.

Back in school when we learned about structural vibration and resonance, we watched a short clip of Galloping Gertie, a bridge that collapsed in a 1940 windstorm.  It was a dramatic bridge failure.

"I haven't had a question about that before," said the toll-taker.  I don't know much about the history, except that the one to the north there was built to replace Galloping Gertie, and this one here's been open about six years and I've worked here since then."
I nodded at the reference to the replaced bridge, but still did not connect it to my actual location.  The Tacoma Narrows Bridge today is two bridges--the one built in the 1950s to replace the collapsed bridge, and a second added in 2007 to help with traffic flow. 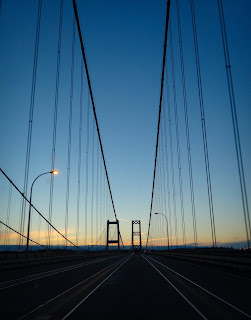 Galloping Gertie bridge's structural collapse was sort of Titanic-like.  Awe-inspiring man-made construction, first of its kind is a gigantic failure laying at the bottom of a body of water.
When I saw the video in high school, the state of Washington and its bridges were so far away, and the Mackinaw bridge was built structurally sound because of the engineering lessons learned--all was still right with the world (read:  me and any bridge I might cross over were safe).
I never expected to find myself actually on the Tacoma Narrows bridge that had replaced the most epic bridge failure ever captured on film.
Even when I actually drove over it, I still did not realize where I was or connect it to it's historical context. 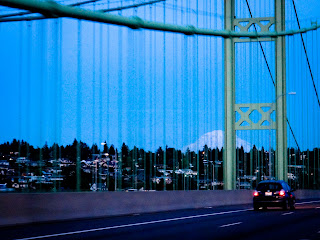 A bridge in Washington collapsed only a few days before I arrived in the state.
And I drove over Galloping Gertie.

The things you never imagined you would connect to your own life outside of science class...wild.
at 8:48 PM 1 comments

The train came by 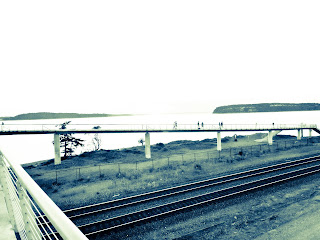 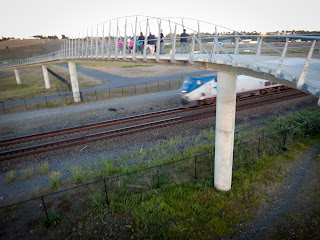 The train tracks ran quite closely to the shoreline on Puget Sound. I thought erosion and thing like that made it not possible to be so close to the sea. 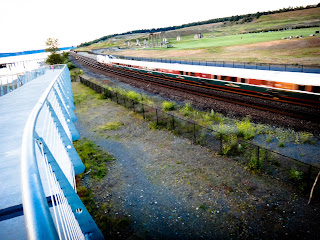 And just to prove that it was an active, working railroad track:  the train came by as I stood on the bridge. 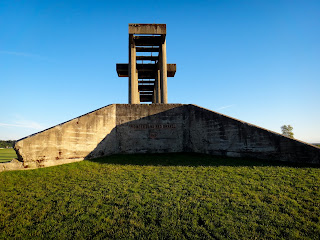 Some of the gigantic cement structures around the Chambers Bay park are sort of mysterious, making a person think of Stonehenge and what that ancient place was used for.

Since it's history is much shorter, the Chambers Bay mystery is much easier solved.  The golf course and park were, once upon a time, a sand and gravel quarry.
I even found evidence of it written on this partial wall. 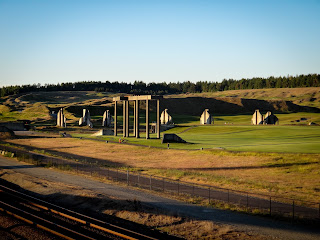 The area was used as a quarry as far back as when the Steilacoom Indian Tribe and the first European settlers lived there almost two hundred years ago. The ice flows and glaciers that moved through the Puget Sound have created gravel and multi-level soil deposits, making it an ideal place for quarrying.

The land has also been used as a lumber company and a railroad center.  A little bit of its history and some photos of what it used to look like can be found on the golf site's web page.

That it used to be a quarry was also ideal for the golf course when the land was transformed into a park, because they got to move the dirt and sand around to sculpt the golf course and lookout area.
What they chose to leave behind, though, is interesting.  Maybe in another thousand years these big pillars in the middle of a park will bring up as many questions as Stonehenge. 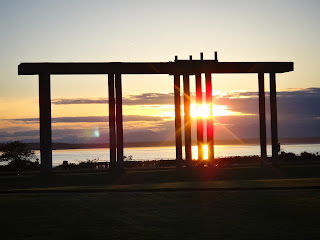 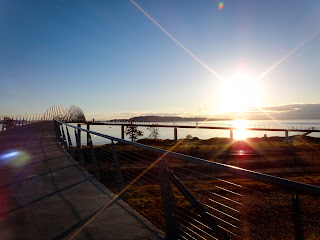 I was sitting in an Indian restaurant in Tacoma, Washington, with a new friend who asked the waitress where her favorite place to go to see a good view over the bay was.
"Chambers Bay," the waitress answered enthusiastically, giving us first a story about how much her boyfriend also loved the location then the directions to get there. 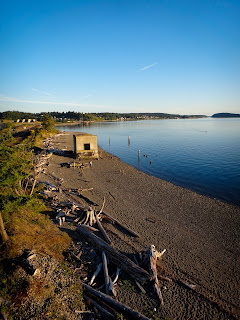 She was right, that waitress.  Chambers Bay has a lovely sunset view. 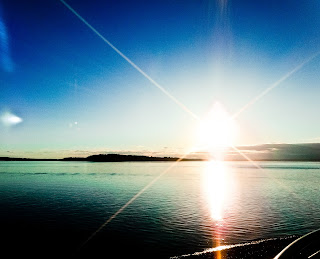 It sure is pretty, wouldn't you agree? 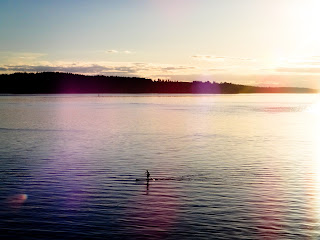 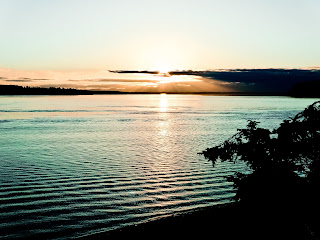 I think the waitress earned her tip...even if she didn't know as much about Indian food as I do.
at 7:40 PM 0 comments 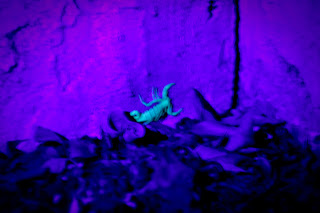 I went scorpion hunting.
I didn't know that was a thing people in Arizona do. 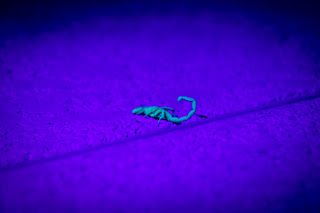 I also didn't know that if you shine a black light on them, scorpions glow in the dark.

But that's what makes them easier to find... 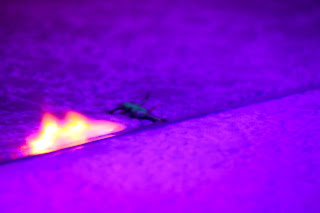 and easier to get rid of with a little bit of fire... 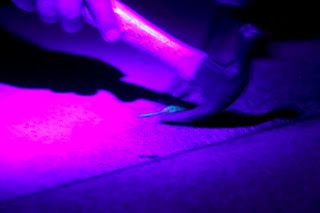 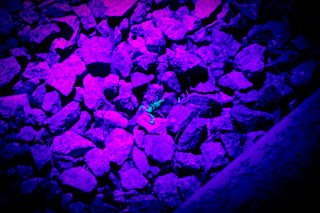