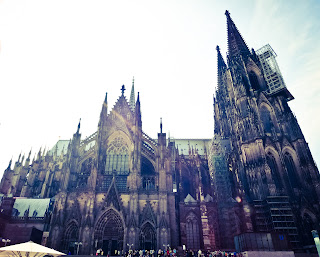 There are over eighty stonemasons, roofers and other specialists constantly at work on the maintenance and restoration of the Cologne cathedral.  So in a way, though it took 632 years to build, it's really still being built.

I look at it and imagine working on it my whole life and never seeing it completed.  People lived their whole lives--for generations--never seeing what it would look like finished.  For three hundred years it had only one tower. 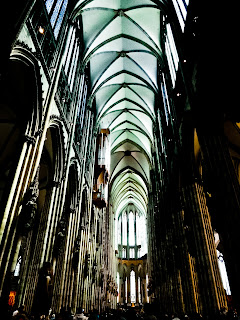 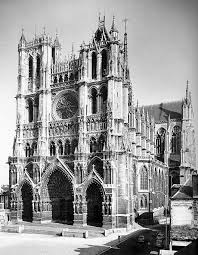 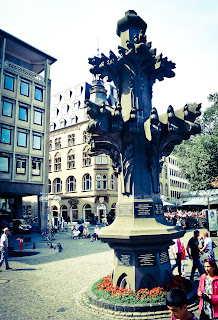 In all that time, builders kept true to the original design.  The flying buttresses, vaults--everything about the cathedral--points up, intending to show strength and to point to God.  Its design and construction pushed the limits religiously, architecturally, technologically, and financially.
When it was finished, it stood as the world's tallest building at 157 meters.

If they hadn't stuck with it, it would stand like the unfinished Amiens cathedral in France.

At the top of the 157 meters, are nine meter filials.  One stands in the square below to demonstrate how tall they are. 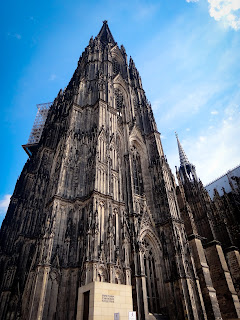 From the ground below, they look rather small and insignificant. 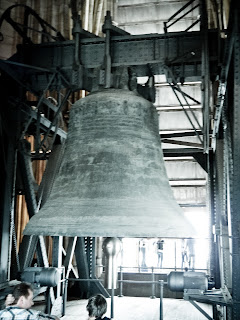 Inside the towers are huge bells weighing over 4 and 5 tons.
The 24-ton 'Bell of St Peter' is the largest free-swinging bell in the world. 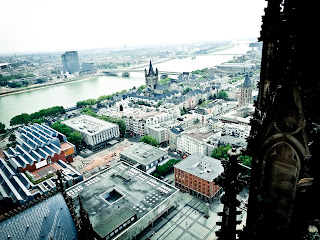 I climbed the 532 stairs to the top of one of the bell towers to see the view of Cologne. 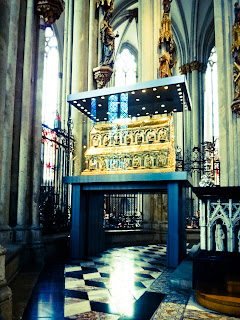 The cathedral houses a reliquary said to contain the remains of the three Magi, from the Christmas story.  These relics have made Cologne Cathedral a major pilgrimage destination for centuries. 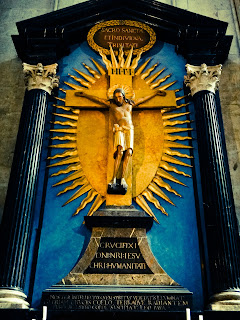 Other famous artwork and treasures from centuries gone by live in every corner of the cathedral.


I read somewhere that during WWII, the cathedral was not as destroyed as it could have been because airplanes used it as a landmark easily seen and identified from the skies.  Still, inside much restoration had to be done and frescoes like those on these ceiling vaults were redone in a modern style. 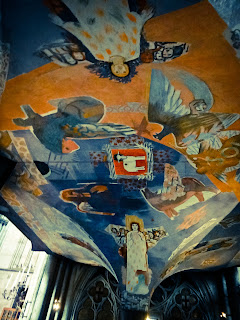 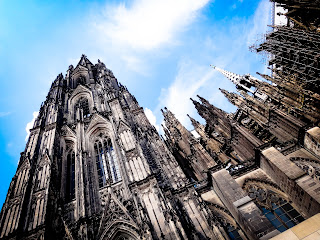 Eight hundred years from its first bricks being laid, the Cologne Cathedral still reaches for the skies.

That is an amazing building. Amazing.