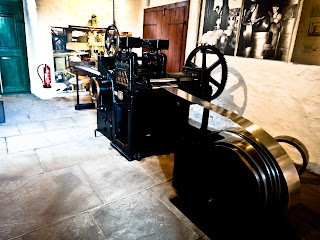 The metal museum housed at the Hohenlimburg castle displays the technology of cold press.  The gregarious guide is very willing to explain as much as you will let him.  He'll tell you all about metal making and machines.  But once he finally let us go to the upstairs with the instructions to "touch everything, that's what it's there for", that's when the fun began. 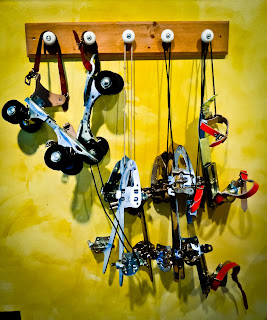 Upstairs were displays of things that cold pressed metal has been used to make in the last century.
Kitchen gadgets.
Toys.
Tools.
Watches. 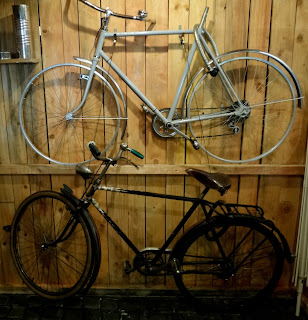 So many things that you never think about.  Yes, a bicycle is made of metal, but where did they get the sheet of metal that went into it's manufacture?
Probably Hohenlimburg, as they make 80% of what the world needs. 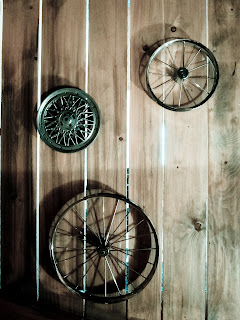 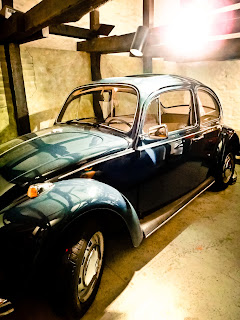 There's even a VW bug upstairs.  Curious, I asked how the car got up the narrow stairs into the castle's small room.
"That's a good story," said the guide.  He told us that he had been talking with friends at a pub one night and one of them said they could put his car in the museum as it was made of cold press metal.  The guide, who admitted he'd put back a few too many that night, agreed to the deal.  By the next morning, he wondered what he had done.
The car had to be cut into four pieces and it then took mechanics two weeks to put back together.
It is probably a permanent part of the castle now.
at 2:37 PM