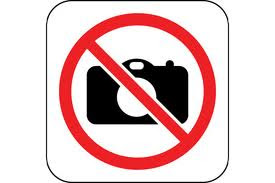 I asked my friend if she had binoculars since we might need them to see the Commonwealth games events from the distance of our cheap seats.
She laughed.
Then I considered whether binoculars or cameras might not be allowed in to the games. Sometimes these restrictions sneak up on you unexpectedly--like no cameras or computers allowed in the movie theaters. 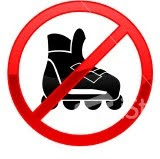 Well, I found a list of the things one may not bring to the games.
Shew, binoculars are not on the list. Nor are cameras.
Rollerblades and musical instruments are, though. Shucks, guess I'll have to leave those at home.
What's seriously disappointing, though, is that umbrellas are not allowed.

This is disappointing because question #51 on the Commonwealth Games FAQs is:

Are the venues covered if it rains?

and the answer is:

All venues may not be covered. However, utmost care is taken so that the seating area is covered from rain at most stadiums.

What if I have one of the seats for which utmost care was not taken?
Guess I'll consider it all part of the adventure.

No umbrellas allowed though, leads me to a tangential story...
A number of years ago, I was in Italy and a friend and I were going to a museum. Entering the museum the same time as us were a couple of British women in their 60s or so. At the entrance, was a sign telling us umbrellas were not allowed. 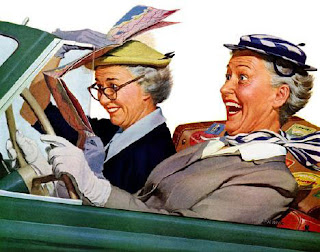 "Not allowed?" said one woman. "Whyever would they not let us take in our umbrellas?"
"What would we do with them?" asked the other, "Bash some of the art?"
My friend and I thought this was very funny coming from two very proper looking women with very proper sounding accents.
Could you imagine such women bashing art with umbrellas?
:)
at 3:58 AM