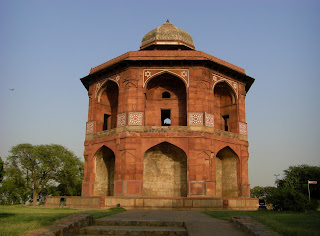 We've been over the tragic story of Humayan's death.
How he fell down the stairs and succumbed to his injuries a few days later.

His officials waited to tell the people that the emperor was dead until Akbar could reach Delhi from Agra.  He was already dead for 17 days when it was announced. 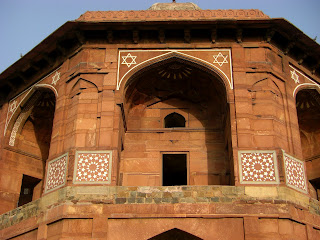 So it seems that I may have told this story a few too many times.
Because at the last visit to his tomb, I said to myself, "Hey, Humayan died just up the road a ways--I should go see where." 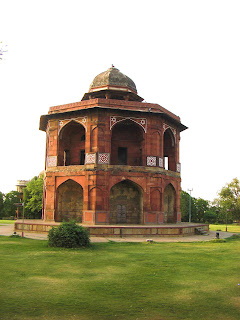 The Sher Mandal is inside the Purana Qila.  It was built by Sher Shah as a part of his palace, but Humayan liked the building and when he returned to Delhi, he turned it into a library and an observatory.
And he spent a lot of time there. 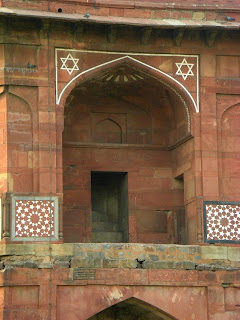 Well, as much time as there was in the year he had in Delhi before his accident.
The Sher Mandal is also where the infamous stairs down which he fell--and died--are.