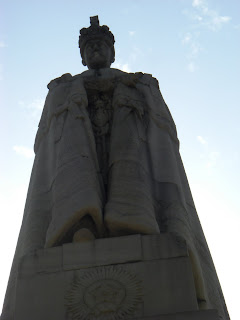 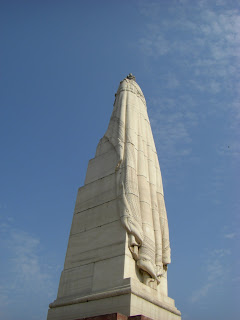 It's where the biggest statue in the world of King George V lives.
In a very obscure, out of the way place.
Irony. 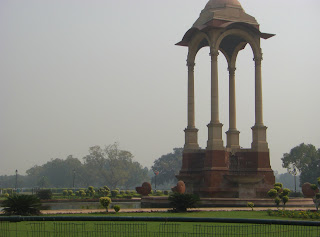 You see, he started out under the canopy near India Gate. But at the time of independence, he was removed to Coronation Park. 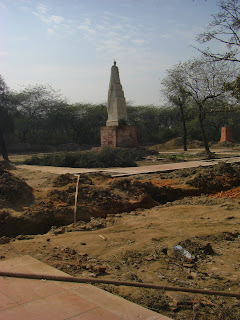 The Coronation Park that is now a construction zone and a mess of mud and brick.
Out north of nowhere, no less.
More irony.

But King George V, we found you. 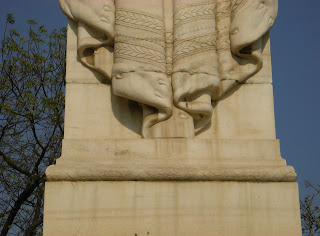 Don't be embarrassed by being in the graveyard of statues. Someday this will be a nice park and maybe someone will come to visit you.
We did.
Have hope.
at 1:07 PM