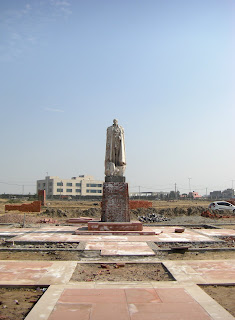 Way out north, there is a
statuary graveyard. When India gained it's independence, there were several British statues that found themselves to be homeless. 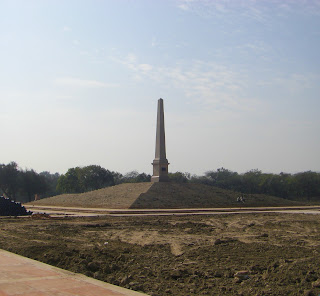 So they were moved all together to a new location. 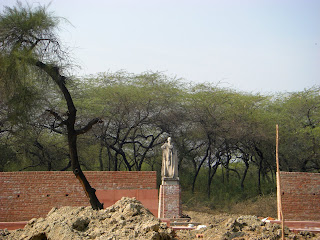 In the move and over time, the identities of most of these statues were lost. Former viceroys, military officers... the whole place was forgotten and unvisited. 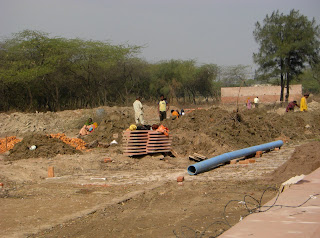 Until recently, when the Delhi centennial was in the news and someone paid attention to it.
Then it was decided to clean up the park, trim down the shrubbery and make it a nice, visitable place.

The whole statue graveyard/construction site park is kind of amusing. 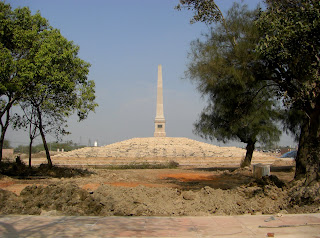 It should be nice when it's actually finished.

But for the time being, we were walking around amongst the mud and dirt and unlaid bricks. We would not have been let in to a place like that in the US.
I find it very ironic to walk around somewhere with forgotten statues next to piles of brick next to big machinery.
Ironic how history turns out. It's not even close to what the original creators of the statues had in mind.
at 1:01 PM