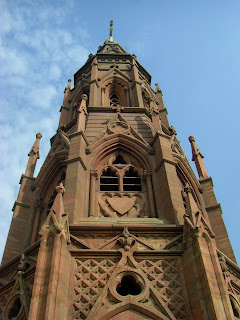 The British built this Gothic style tower in 1863 in memory of the soldiers who died in 1857. 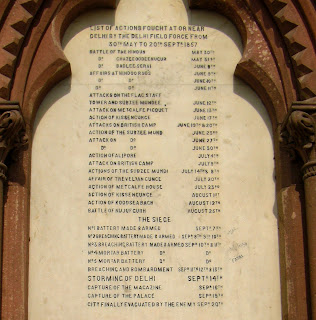 It seems they really took this event to heart, as it is covered with elaborate detail and plaques filled with information of 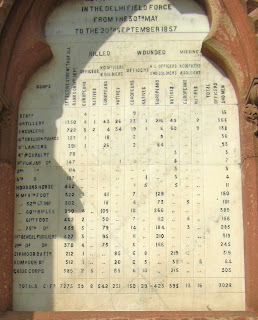 who and how many died or were wounded.

But it's a controversial bit of history, and could easily be thought of as insulting, calling the Indian freedom fighters "the enemy".

In 1972, a new plaque was put up, clarifying who the enemy and heroes really were. 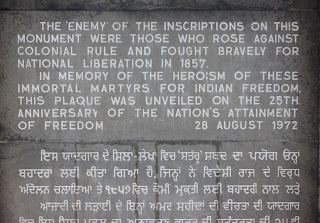 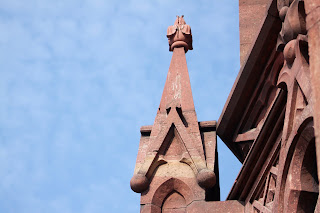 The tower stands above the treeline and can be seen from a distance. But, understandably, it is not often visited.
It was even difficult to explain to a rickshaw, driver where I wanted to go. I pointed to the tower in the distance, called it by different names, including the local one of Ajitgarh, but I couldn't make myself understood by any one who wanted to find such a place.

Maybe they just didn't want to go uphill?
Who knows.
I did find it. I did photograph it. I did add it to my collection of Delhi experiences.
at 8:05 AM