Churches on the canal 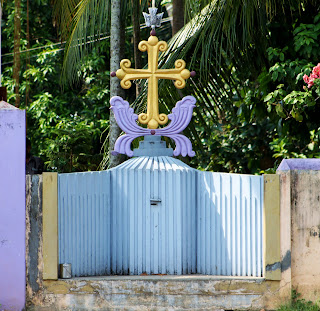 There were bunches of churches along the canals and backwaters in Kerala.
I wasn't expecting to see so many, especially at the water's edge like that. 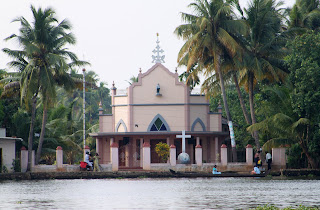 They must have pretty views on a Sunday morning. 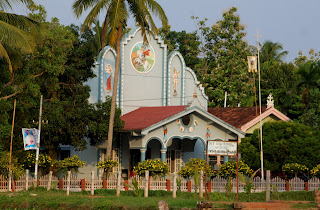 They were painted pretty colors. 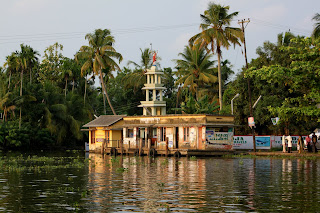 And some of them had Jesus statues. 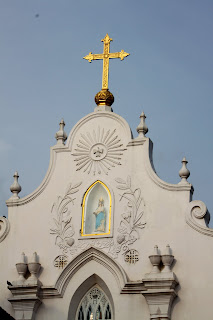 One of them is a famous houseboat tour stop.
A Catholic church in Chambakkulam. They claim the church was founded by the Apostle Thomas when he came to Kerala.
I found a Palm Sunday video of the church: 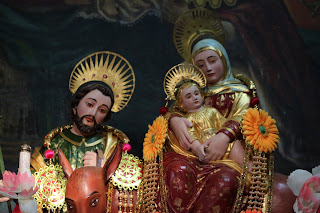 The inside was full of statues and paintings.
Of Jesus. 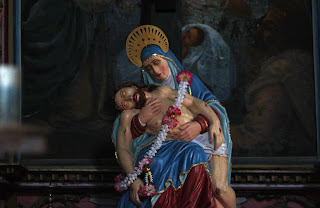 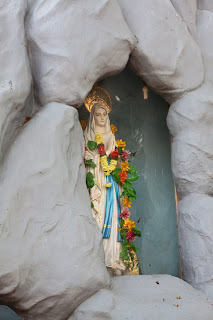 Outside had a grotto. I don't understand why Mary is trapped inside a fake stone structure? 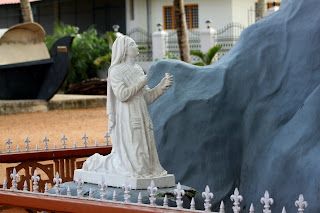 Or why another Mary prays to her?
We saw these grottos in several places in Kerala. They are mysterious to me. 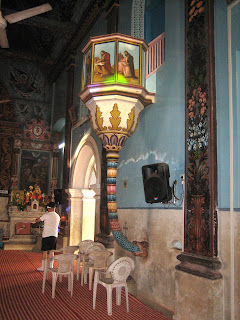 The other mystery was the strange pulpit thing. 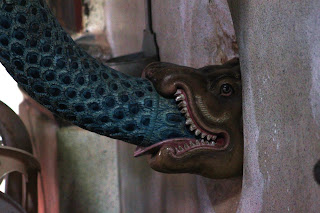 It came out of the wall as a monster with a snake in its mouth which became the pulpit? What? Why would someone want to preach out of that?
Mysterious. 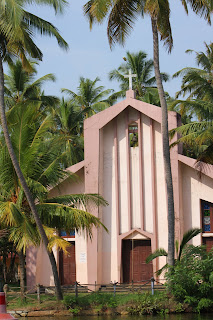 Churches on canals surrounded by palm trees--it was a new thing for me.
at 3:21 AM