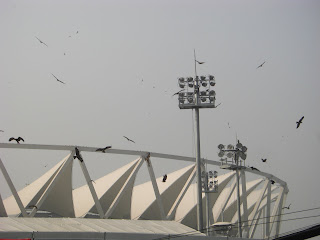 There were hundreds of birds, mostly kites, flying around the stadium. Kites like to eat fairly large prey (for birds), so what was the cause of the invasion we wondered--surely they weren't after the athletes. 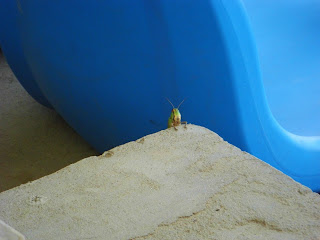 At dusk it became apparent that the air was also filled with large dragonflies, large grasshoppers, and extra, extra large cicadas.
Why were they all congregating at the stadium? Did they come for Commonwealth Games, too?
At least it wasn't mosquitoes.
at 2:10 PM