Cathedral Church of the Redemption 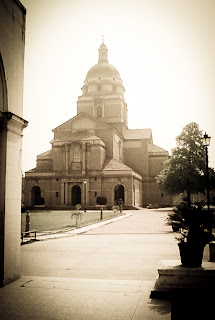 The Cathedral Church of the Redemption has been just behind the parliamentary houses in Delhi since the 1930s.
It was the Viceroy Church, built near to the Rashtrapati Bhavan for the British Viceroy and other officers.

It was decided that a church was needed in the Raisina Hill area and Sir Edwin Luyten oversaw a competition for it's design. 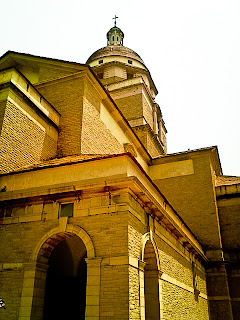 Henry Medd's design was chosen and construction begun.
Even King George donated toward its construction.

The walls were built thick and heavy with the intent of keeping out the heat and creating a cool interior. 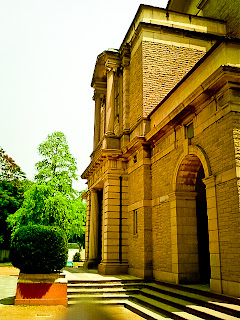 The church can still keep a person cool on a Sunday morning during one of it's three services in English, Tamil or Hindi.
at 8:06 PM