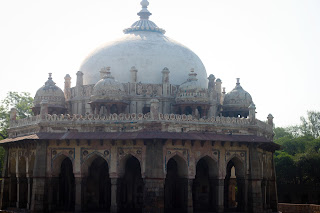 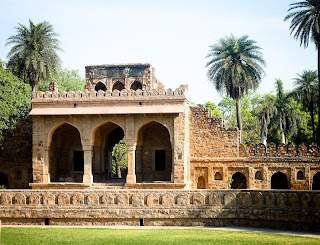 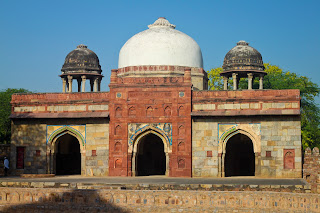 In the saga of my favorite Mughal emperor, Isa Khan was an advisor of Sher Shah and his son, rivals of Humayan.
Yet his tomb and masjid--built before Humayan's--are inside the Humayan complex.
The walled area has been closed off to visitors for the past two years due to reconstruction work.  When I heard the gate was opening back up this month, I wanted to go.
No:  I had to go.

Isa Khan lived to be 95 years old, so he had time during his life to design his tomb and the masjid that stands nearby.
He brought over architectural influences from his Pashtu, Afghan background in the glazed tiles and the chattris. 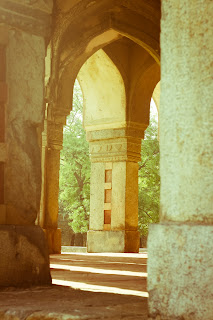 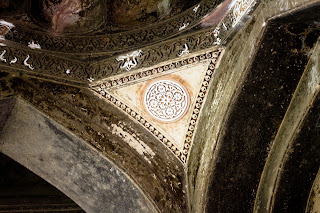 He put up pillars and carvings... 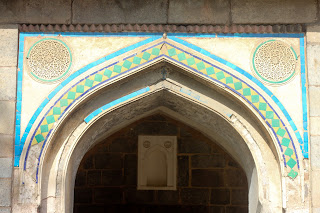 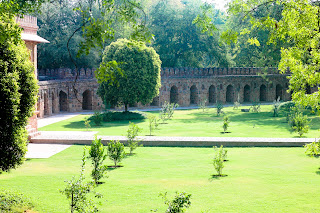 ...and he designed gardens that reminded him of home.
He probably never imagined that he and Humayan--exiled at the time of Isa Khan's death--would be tombstone neighbors.  Or that those who visited his garden would actually have come to see his enemy's tomb.
Life--and death--doesn't seem to follow our plans.
at 5:51 PM