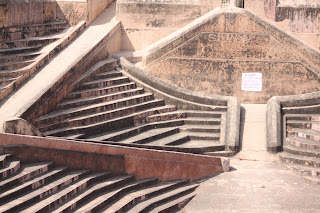 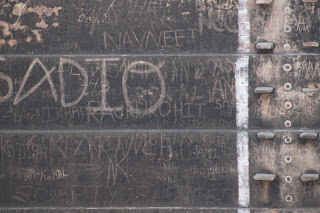 It's another baoli for my stepwell treasure hunt. 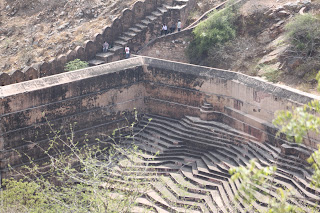 This one is unique in that there's no symmetry in the design whatsoever.   Just kind of steps cut out of the hillside to collect water in. 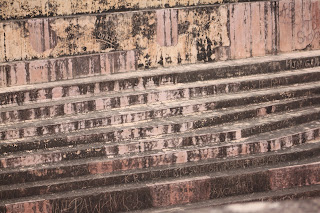 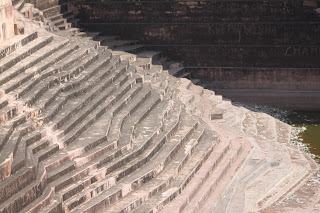 Crazy steps that look almost like waves rolling down the hill. 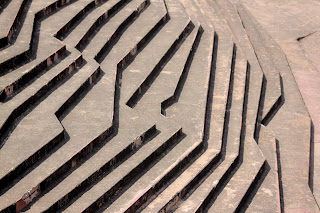 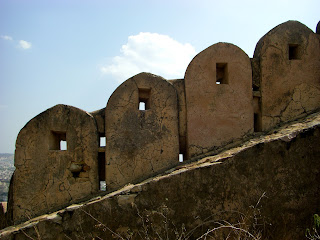 The fort and stepwell at Nahargarh are not so old.  They were built in the mid 1700s as a defense fort, which was never used. 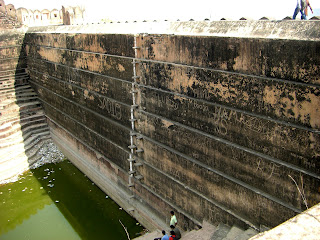 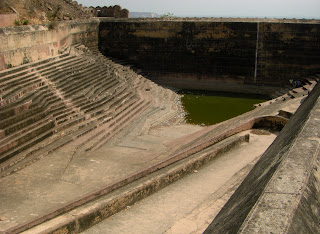 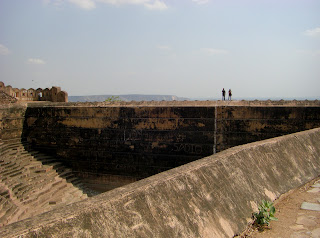 What it has been used for, all these years later, is film making.

Scenes from Aamir Khan's 2006 movie Rang de Basanti were filmed at the stepwell.  Because of the movie, it has become a popular hang out.


Solla Solla (from Thiruvannamalai) is another Bollywood scene filmed at the stepwell and other famous Jaipur sights.
It's true:  they are very photogenic places.