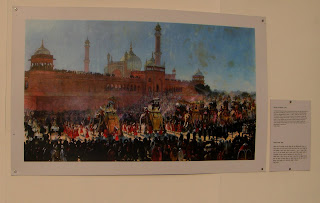 To say that Delhi turned a hundred on December 12 is kind of funny since it has been around for centuries. But it was one hundred years ago that it became the official capital of the national government.

To mark the occasion, there have been special exhibits around the city. Some more impressive than others.
I visited a couple.

What I enjoyed the most was the long mural that wrapped around the exhibit area... 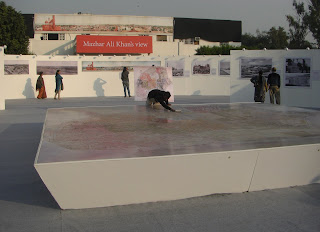 ...watching the guy who was attempting to clean the display of a giant map... 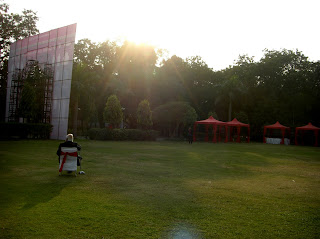 ...and the expanse of nice, green grass in this dense metropolis.
at 8:50 AM