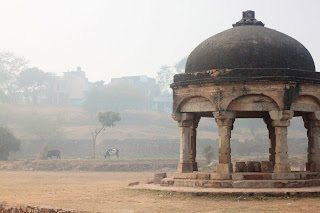 Quli Khan was Adham Khan's brother. But other than being built to honor him, the fascination of this tomb has nothing to do with Quli.
For this place has three different names and many different stories.

The first name is Quli Khan's tomb, 'cause, ya, it is.
But no one knows it by that name. I am pretty sure, because as we walked all over trying to find it, I asked the people for Quli's tomb and got nothin' but blank stares. 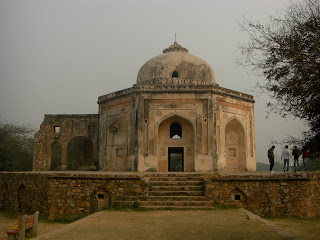 What it is known as is the Metcalfe House.
Named after British official, Thomas Metcalfe, who bought the tomb in the 1830s from Quli's family and turned it into a summer residence for himself and later his brother, Charles. 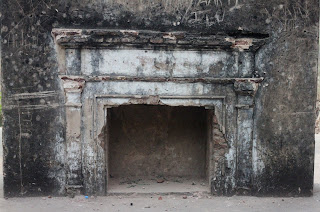 I wouldn't think that living in a three hundred year old tomb would have been very comfortable, but it seems Thomas Metcalfe tried to make some improvements around the property. 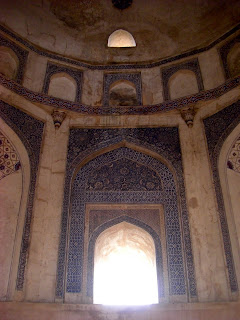 And then he renamed the place 'Dilkusha' because it made his heart happy.

I think Sir Metcalfe must have been a peculiar man. 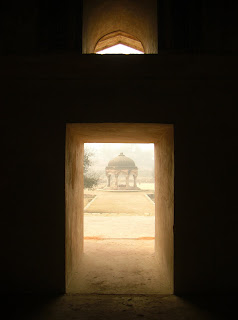