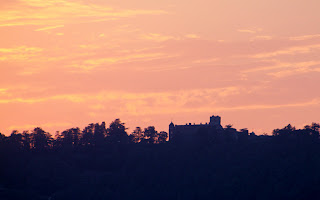 There it is, up there on the top of the hill in Shimla, the Vice Regal Lodge. 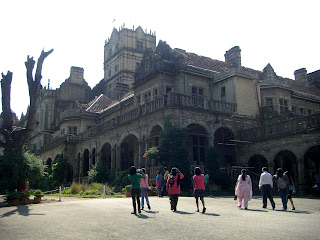 This "small" mansion was built by the British when they decided to move the summer capital from Calcutta to Shimla--to enjoy the much nicer weather for a few months.  The lodge was where the viceroy lived. 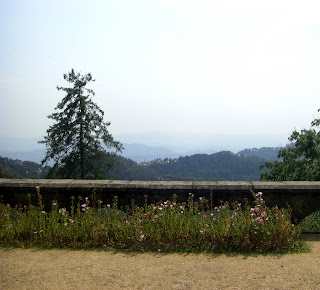 It sits at the top of a hill, with a marvelous view of the surrounding area. 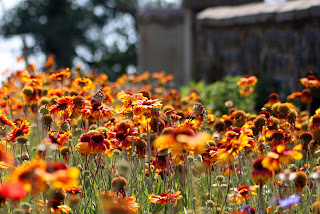 And is surrounded itself by some nice gardens. 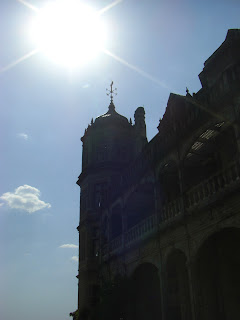 It's where the rulers of India made decisions that changed the fate of the nation.

One being the decision to partition India.  The table on which all parties agreed to this is still inside the Lodge.  The guide pointed it out to us, telling us how important it was and that all confusion about whether this was the table had been cleared up.
This was it:  the table.
I wondered how they came to this conclusion.  Were there imprints of important signatures in the wood?
I also wondered:  if this was such an important table, why had no one dusted it?
Huh. 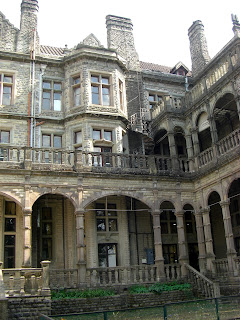 Anyhow, it has been handed over to the Indian Institute of Advanced Study now, and houses a library and research center, so that scholars can enjoy the cooler weather of shimla and not get heat exhaustion while they are studying. 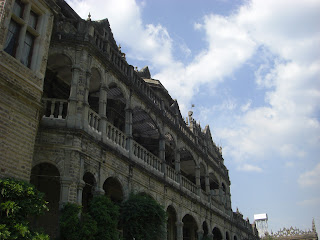 They let people like me walk around it and take pictures and wonder about the people from decades past who used to walk around making important decisions.
That's cool. 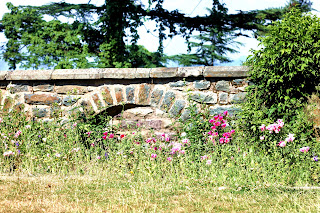