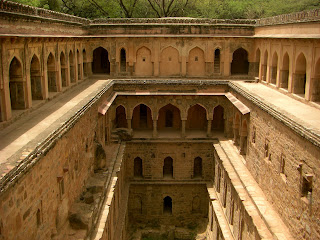 You can find Delhi's prettiest baoli in the archeological park of Mehrauli.

Rajon ki baoli was built in the early 1500s.
There's no water left, but it's well preserved and protected by a guard (who probably sleeps for most of the day).  It's possible to climb up and down all its passageways. 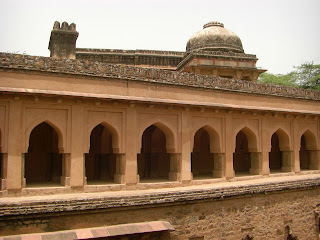 Rajon ki baoli means the "mason's well".  Some say it's called this because of the masons who would have needed water while constructing the mosque, tombs and guesthouses alongside the well.  But others argue it's unreasonable to think it was used by construction workers, due to the status of this particular well. 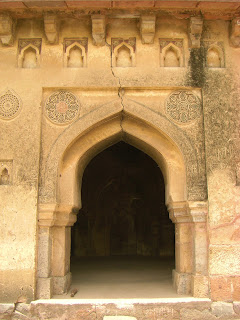 Maybe it was called that just because there were so many masons hanging around during the time of its construction. 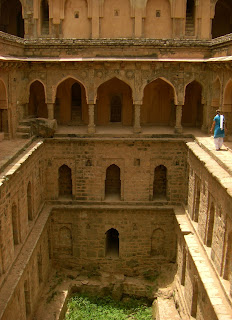 Who knows.  The full reason is lost to history. 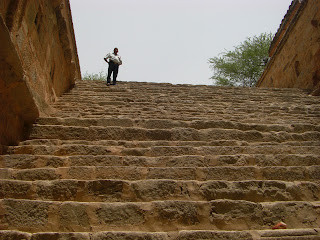