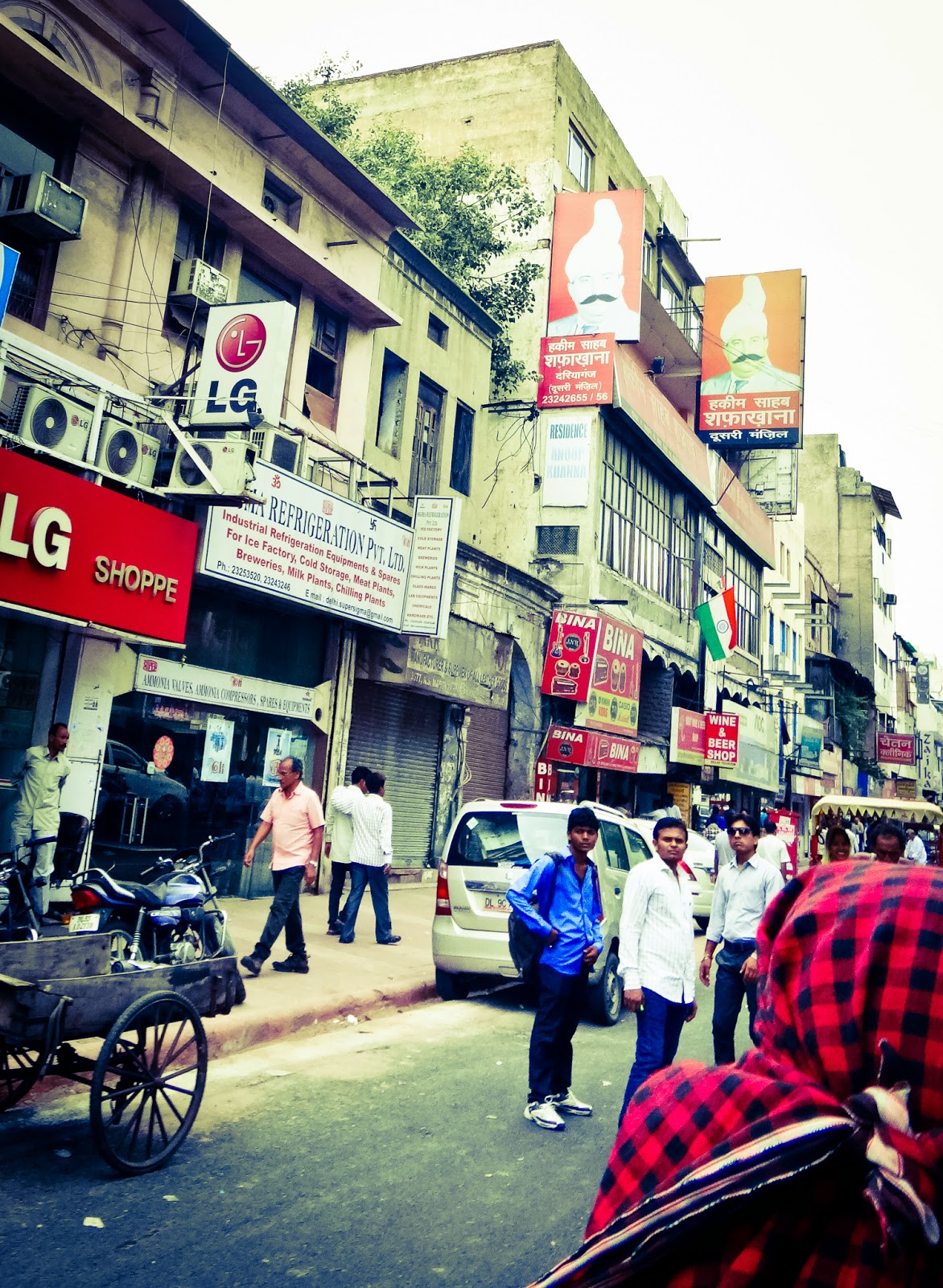 To locate some of the more obscure sites, I sometimes ask a bicycle rickshaw to take me around.  Then he does the task of asking where something is until we get there.
The enterprising rickshaw walla who helped find Khooni Darwaza and Delhi gate decided to add his own attractions to our "tour".
At one point he gestured to the left and pointed out the metro system construction, "Here's where they are building the metro." 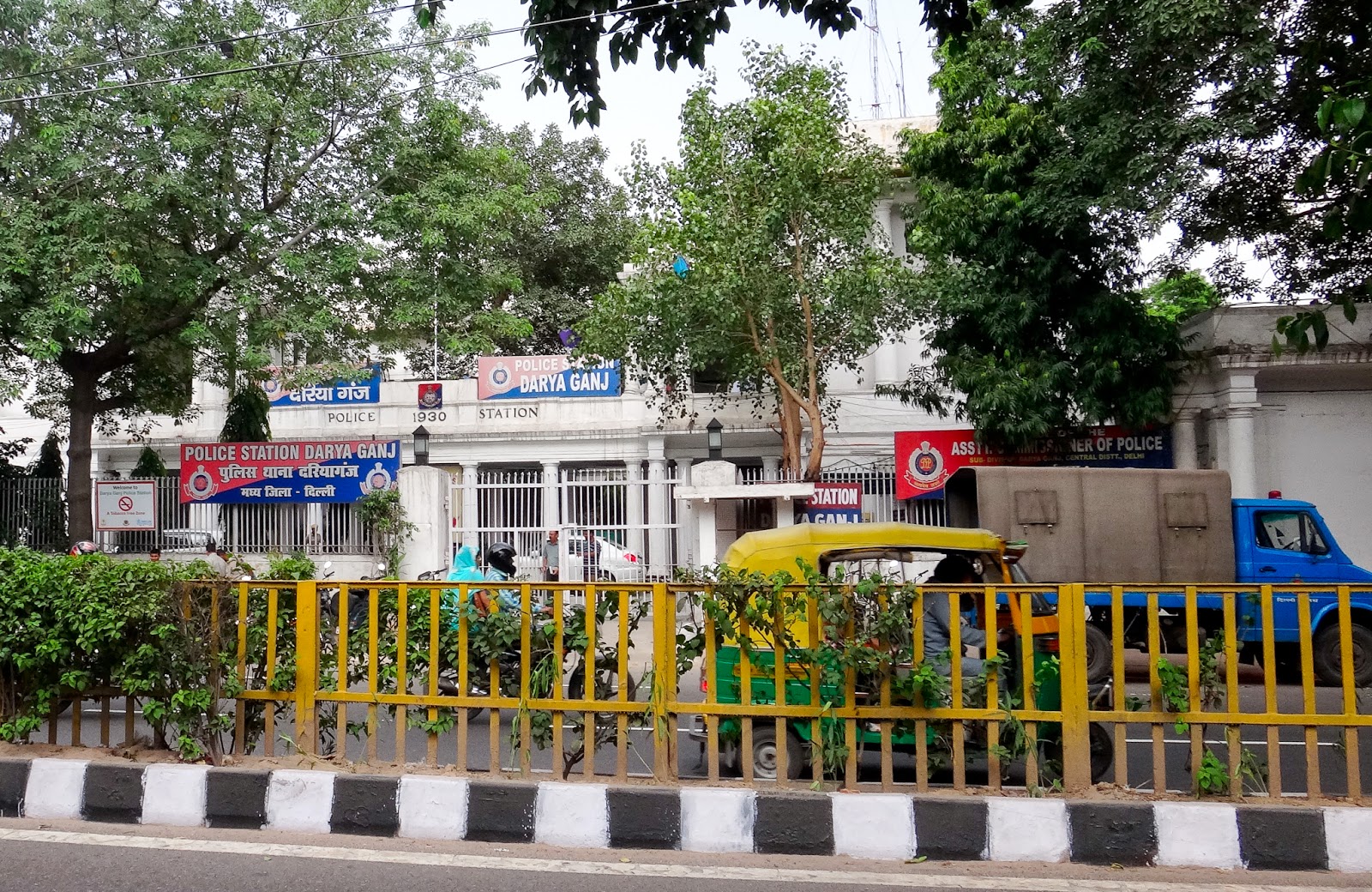 He then asked us if we wanted to go to the Moti Mahal.  It was difficult to hear him over the traffic--what was the Moti Mahal?  Some answer was shouted back that we couldn't understand.  But since 'mahal' means palace, we figured maybe it was an old, famous building that would be worth seeing.
It was a lot further than we had anticipated, "How much further?"
"It's just here.  Just coming."
The build-up was immense as we went further and further into the old streets.  What could the Moti Mahal be?
And finally, "Here it is," he waved his arm. 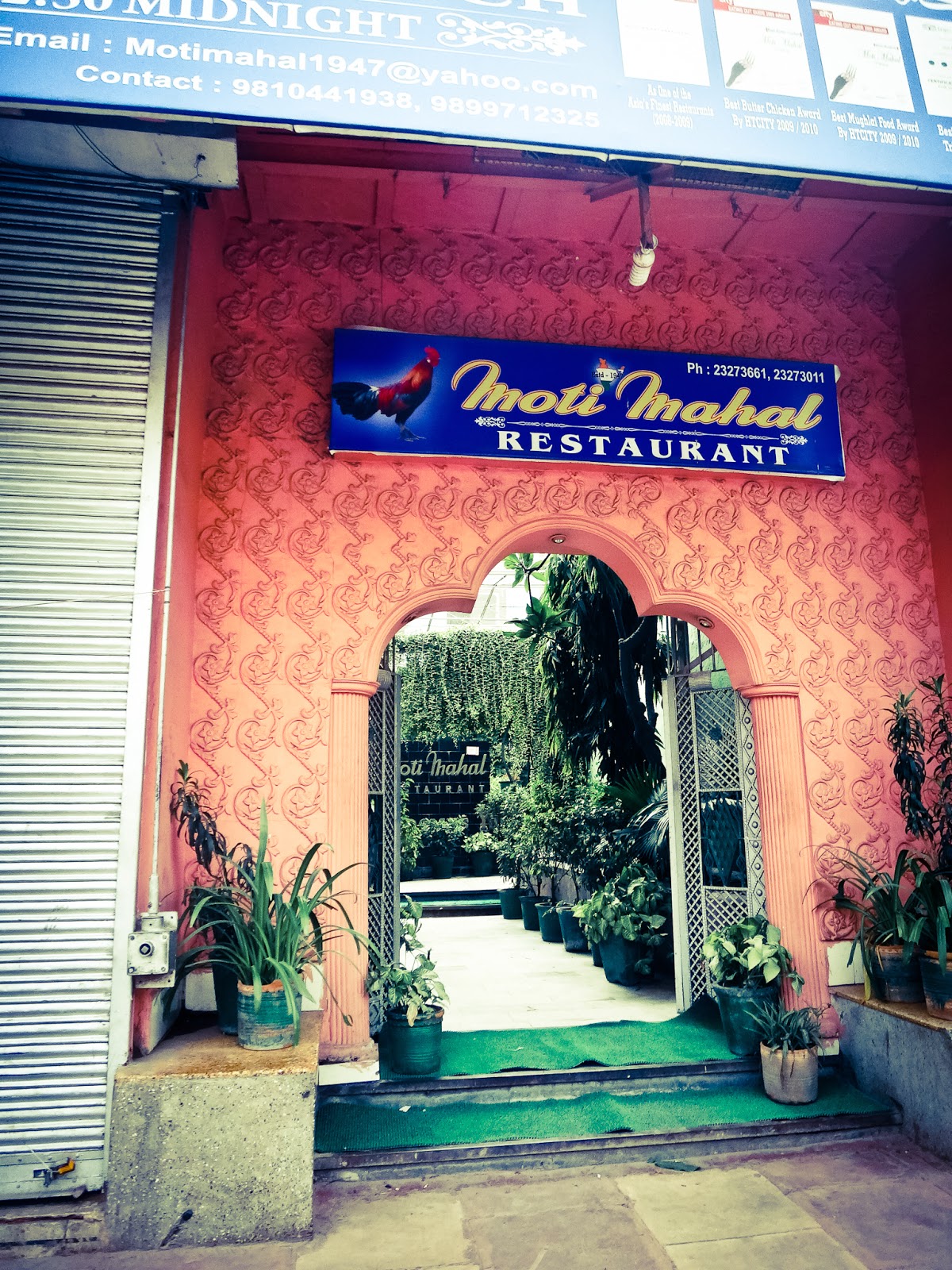 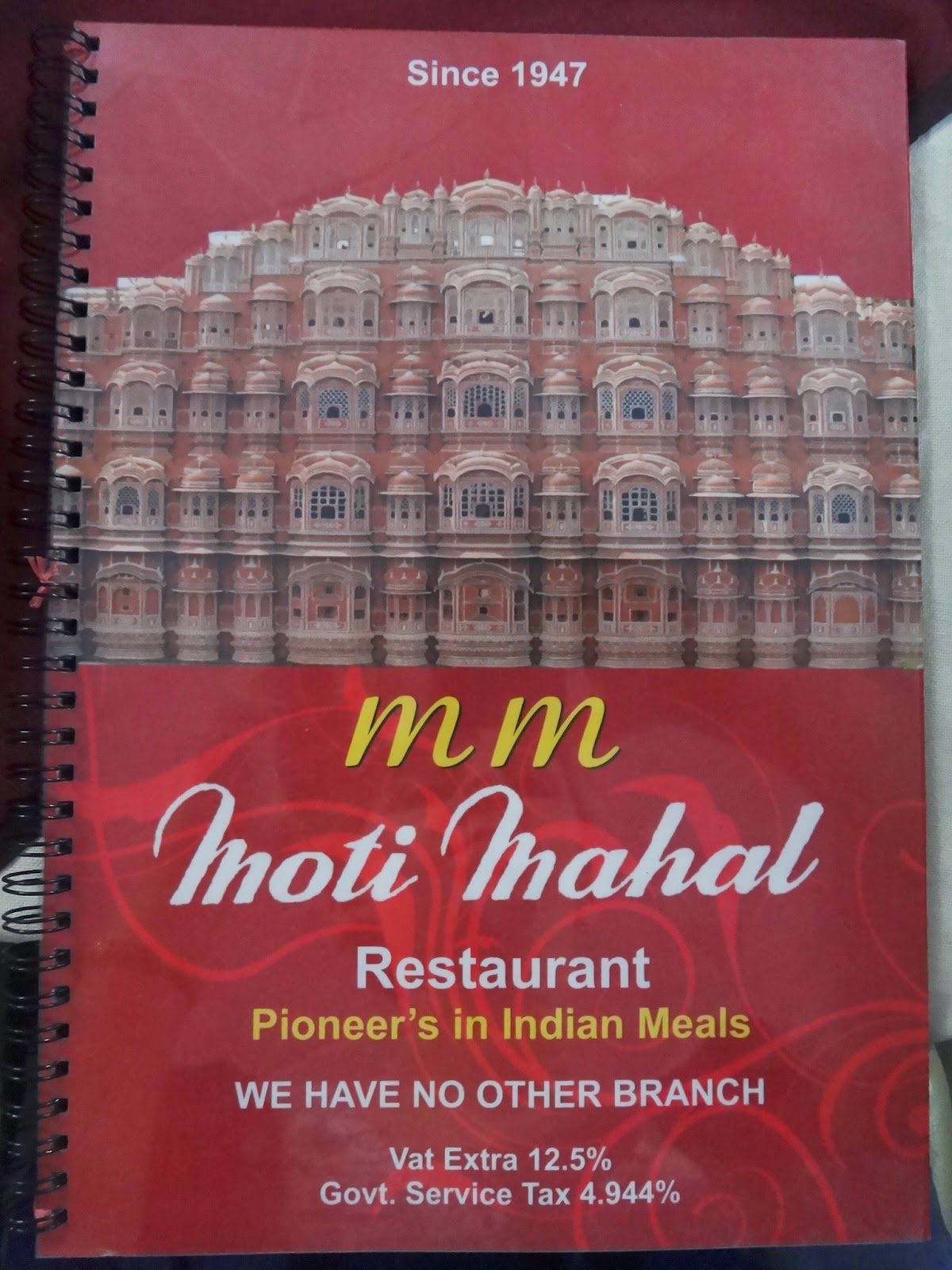 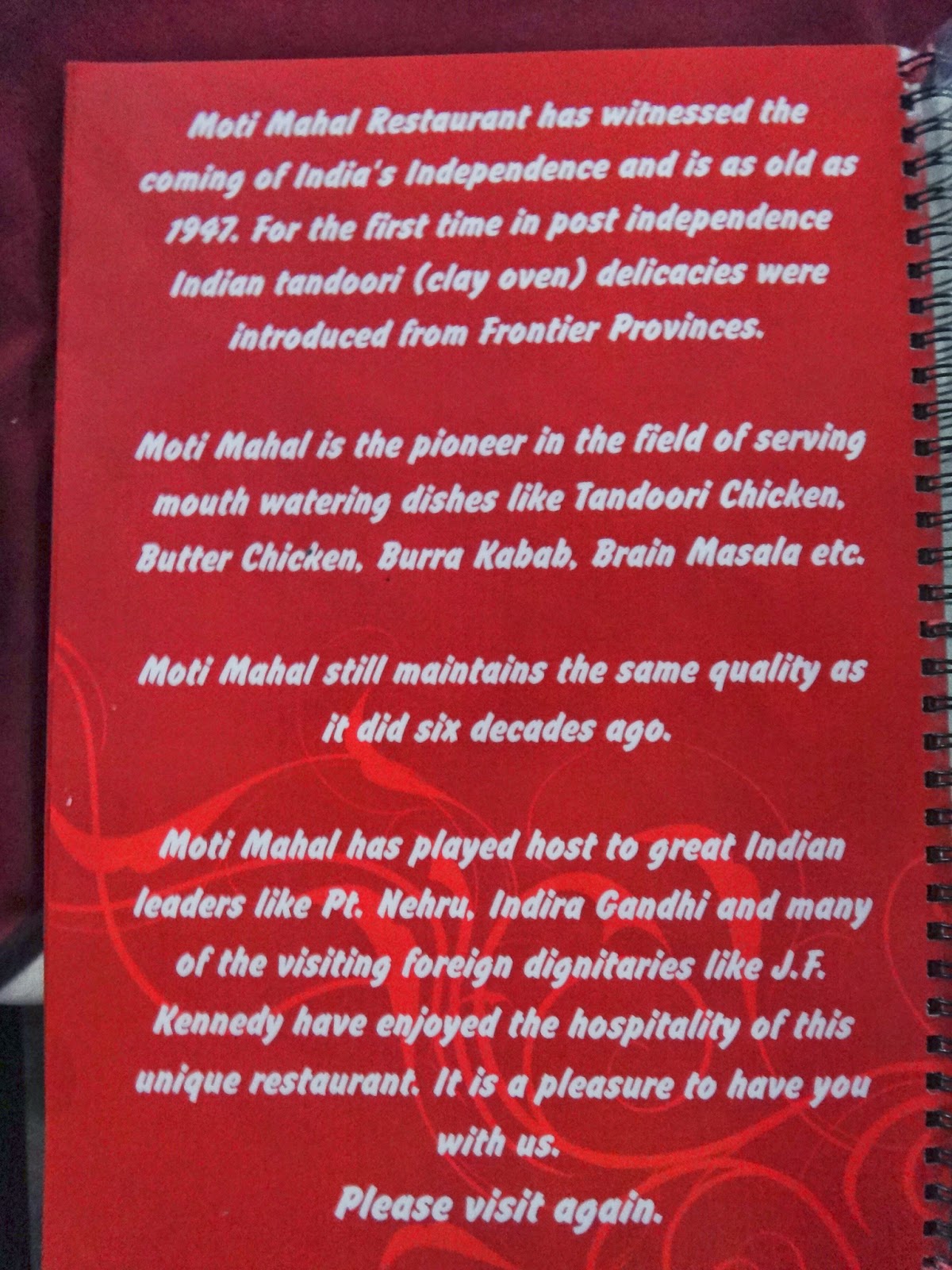 The menu (which pictured the Hawa Mahal in Agra) claimed that dignitaries such as Nehru, Indira Gandhi and even J.F. Kennedy had visited. 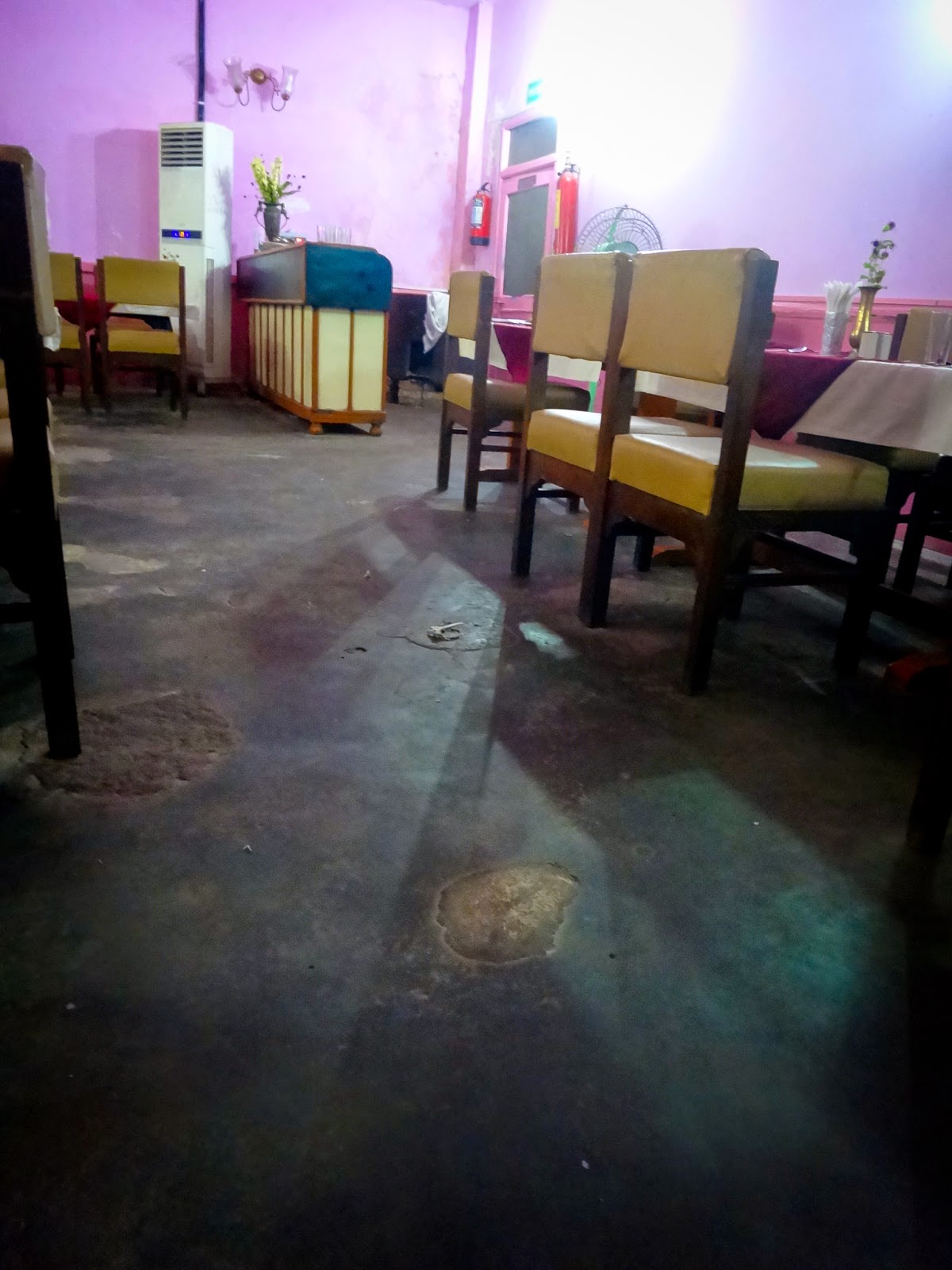 It also mentioned that the restaurant "maintains the same quality as it did six decades ago".

Hm, ya.
Maybe a little too much so.

It was an unexpected finale to our historic Delhi scavenger hunt, but very much in theme--old, not as glorious as it once was.
at 1:35 PM