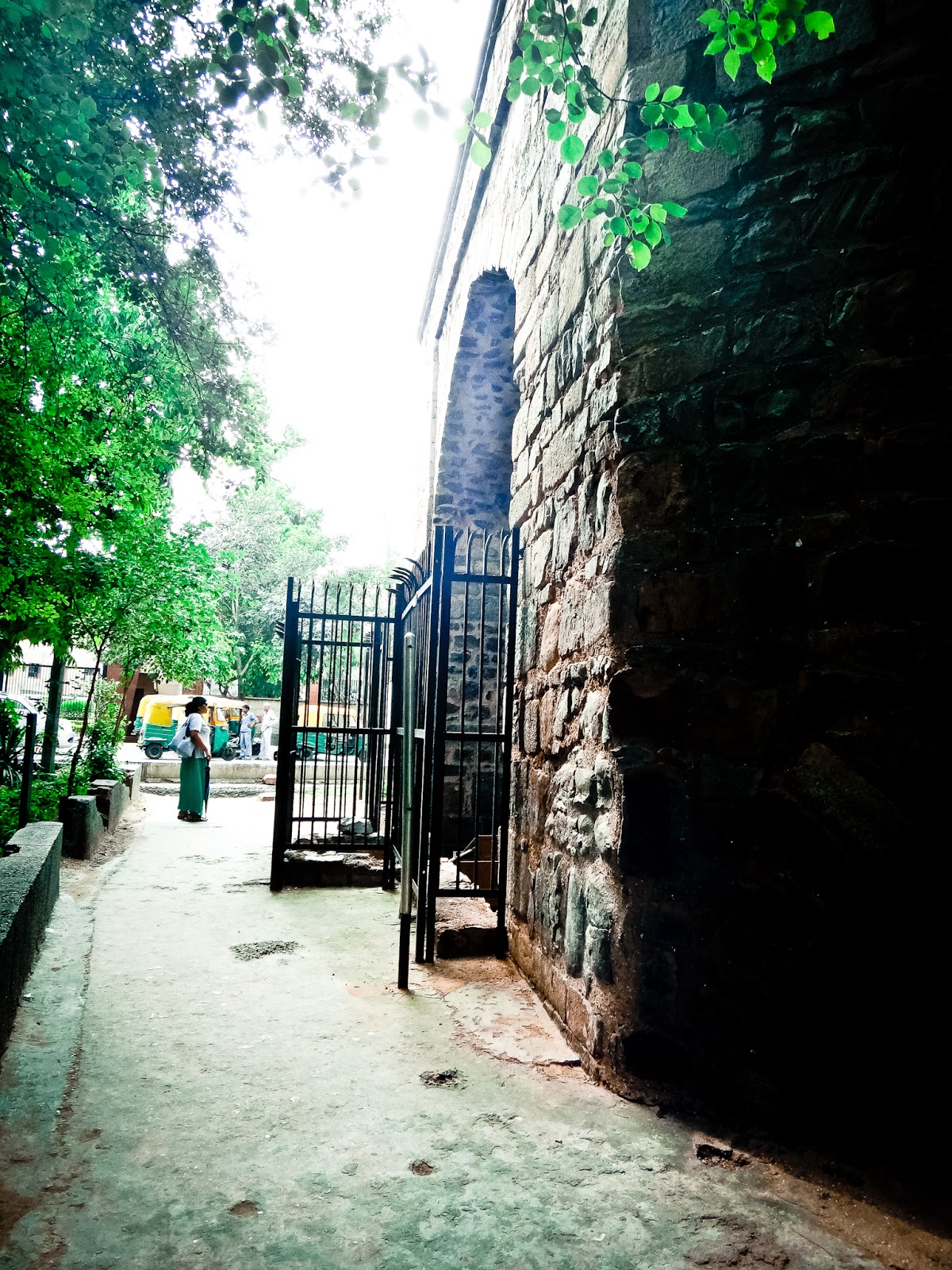 The Khooni Darwaza looks deceivingly pleasant.  But it's not really so friendly a spot and it's history is as disturbing as it's name:  Bloody Gate. 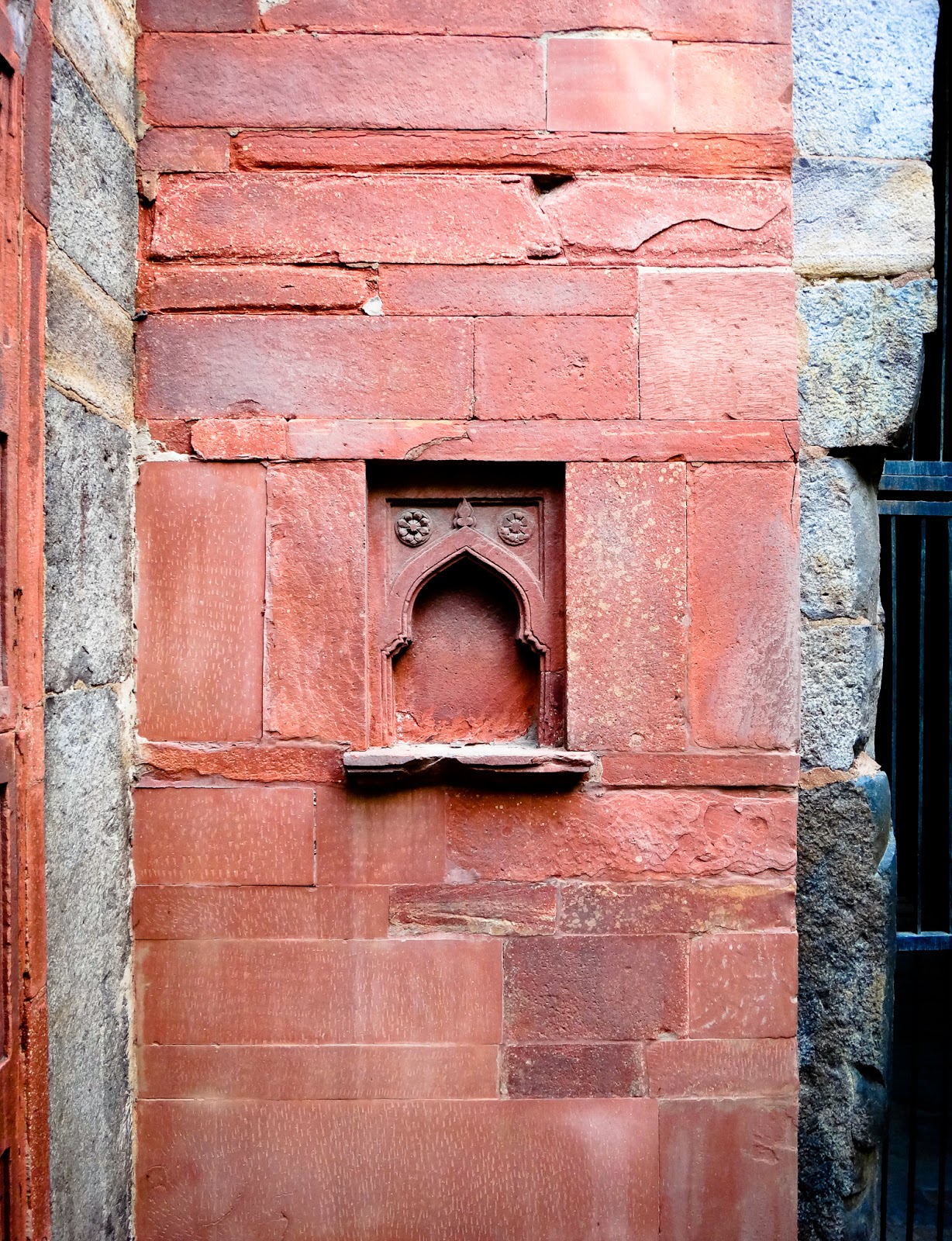 There are violent tales of the monument's bloodstained past.  Which are true and which stories belong to other gates is lost to history.

Maybe this is where Mughal emperors Jehangir and Aurangzeb executed rivals.

Maybe this is where refugees were murdered during the 1947 riots.

Maybe this is a gate where criminals were executed and displayed. 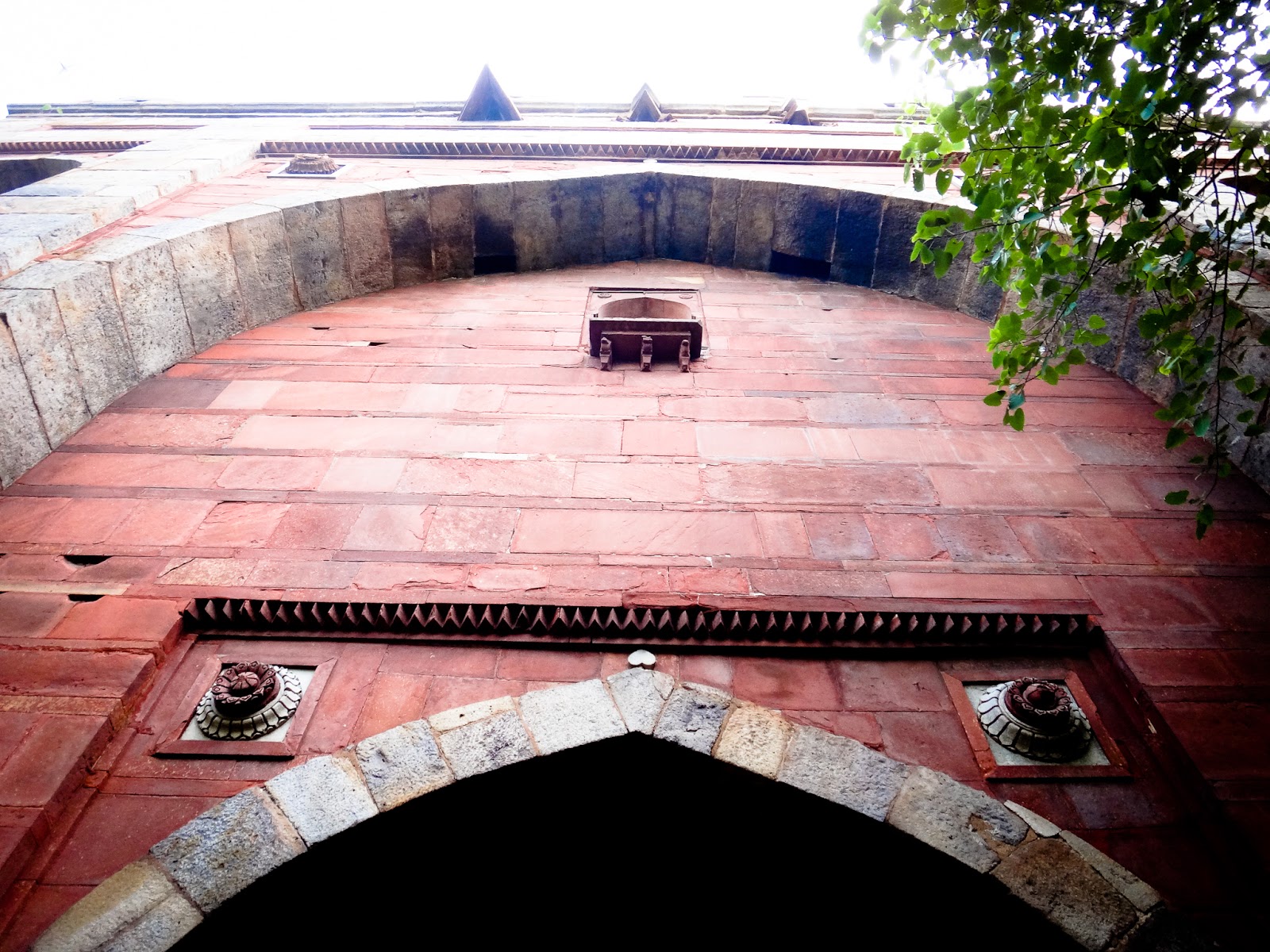 Two incidents associated with the archway are accurate:
The 1857 murder of the last three princes and heirs to the Mughal dynasty,
and the 2002 rape of a medical student.

I like gates, I like history, and I like a well-told story.
But here the echoes of brutality from days gone by are a little too easy to hear, especially in a city nicknamed "the rape capital".
Perhaps when the dynasty of violence toward women is finally ended and they can feel safe on their own streets, this gate's bloody history can fade away
at 1:32 PM