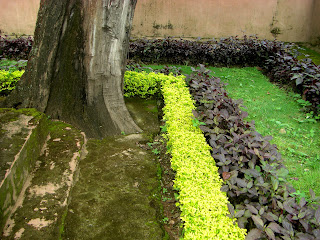 The Kalinga War Memorial signs like to point out that it is the only memorial of it's kind in the entire world.
Why?
Because it was set up by the victorious army to honor their foes.

The British fought with the Gurkhas in 1814 and finally defeated them here. 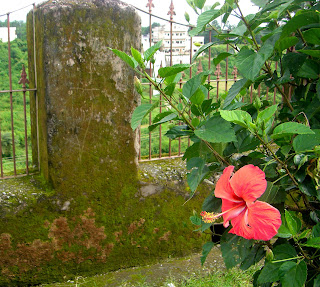 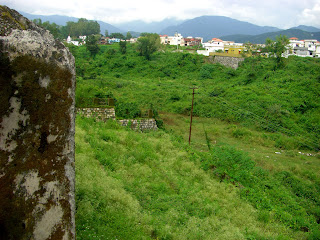 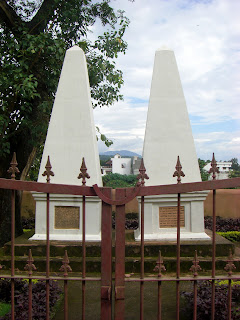 To show just how much the bravery and courage of the Gurkha army impressed them, the British put up a memorial.
And, incidentally, started recruiting Gurkhas into their own army--there's still a Gurkha regiment in the UK today.

A former Chief of staff of the Indian army once said, "If a man says he is not afraid of dying, he is either lying or is a Gurkha." 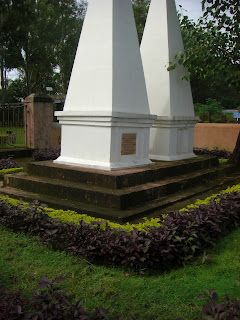 The British may have been impressed by their fighting spirit, but if some historical accounts are correct, the local people probably were not.  They saw the Gurkhas as infamous bands of gangs.  Even so, the British may never have intervened if they hadn't decided the area was a strategic one.
After this battle and the ensuing treaty with Nepal, the land included in the territory of the East India Company grew considerably. 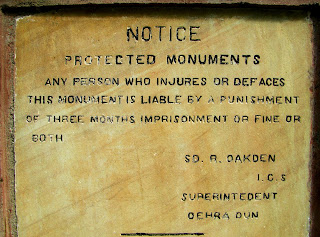 Today there is little left of the fort--just the walls that must have towered over the valley, and the small (protected, as shown in the warning) monument. 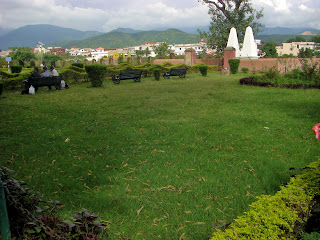 Few people stop along the busy road to visit even the surrounding park.
It's so quiet that it takes a lot of imagination to conjure up a battle-to-the last man or cannons soaring over the valley where there are now buffalo grazing.

But still, the monument is there, so it must have happened.

The Adventures of Sir Kukri and Company said...

Wow, that's pretty cool that you can trace your family lineage back that far to someone who was at such a specific point in history.