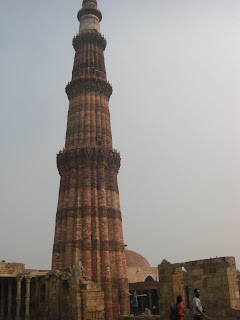 The amazing Qutab Minar.
This 800 year old tower is the tallest--and oldest?--minaret in India.

It is the first example of Muslim architecture within India and, therefore, has some unique qualities. 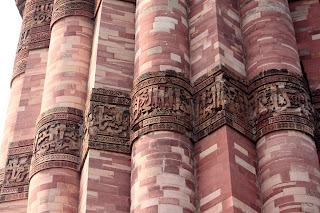 It combines Hindu and Muslim art and architecture, with its rounded and angled design, 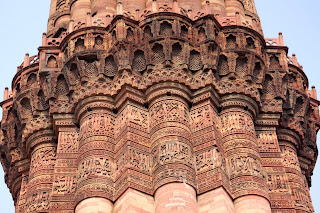 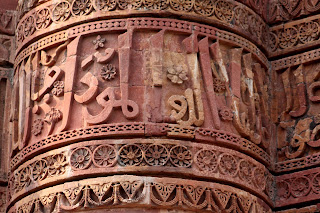 and the combination of wheels (typical in Hindu design) and Koranic verses. 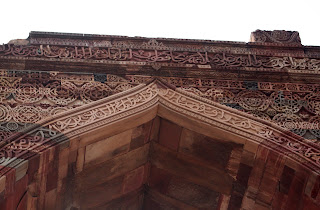 Another unique detail is the lack of keystone in the arches.
The builders making the mosque complex had never themselves seen an arch, only had it described to them. So they did not understand the concept of a keystone for support. Instead they just made the stones the shape they were told to make.
No keystone, yet here stand the arches all these years later. 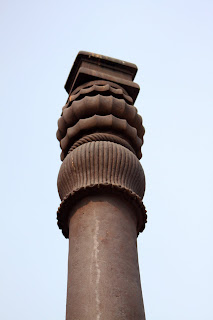 Something else in the Qutab complex is an iron pillar that has the claim of being a metallurgic mystery: all these centuries later and it is still not rusted.
Hm. 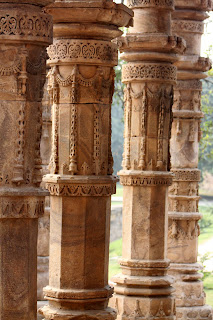 Yeah, it's a pretty cool place, the Qutab Complex.
Lots of history hangs out there.