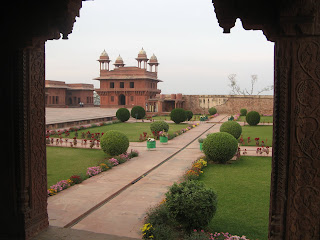 The abandoned city of Fatehpur Sikri is a fascinating place.
It took about fifteen years to build this massive palace complex and its surrounding fortress. Akbar the Great's entire court was moved here, but then it was abandoned a year after its completion.
Maybe because there wasn't enough water. 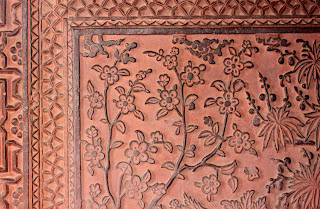 Maybe because there were wars and world conquering to deal with and there was no more time for playing parcheesi with live, human pieces or carving intricate details in red sandstone. 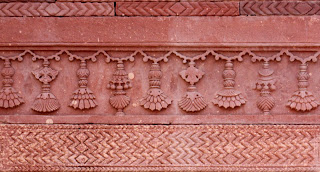 Some of the details, like this one of carved earrings are so well preserved.
The Hindu wife of the Mughal emperor had a thing for earrings. There is a wall lined with these earring designs--hundreds of them--and each one is unique.
Amazing wealth and artistry. 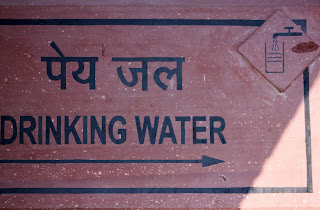 If lack of water was the reason for leaving Fatehpur, then it seems they've come up with some sort of solution for that now. 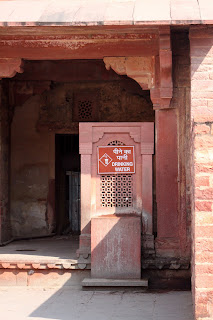 For visitors, there are now several of these drinking water stops. Perhaps it would be possible to move back in. 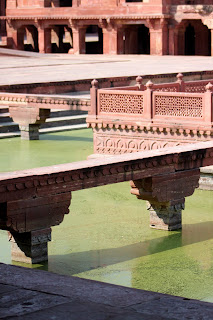 Even with all the magnificent construction and detailing, I probably would have wanted something a little more fresh to drink, too.
at 12:37 PM