The Palace of Mysore 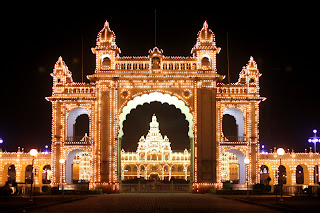 The Mysore Palace will be a hundred years old next year--2012. 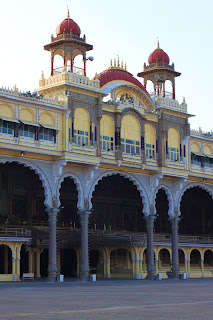 With the bright painted colors and the thousands of lights--it sure is an original.

It's a mix of architectural styles--Hindu, Muslim, Rajput, even Gothic.

It's most noticeable Gothic influences were the vaulted ceilings inside.
Inside.
Where they don't let you take pictures.

There are some very beautiful things inside.
Such as the peacocks in the stained glass ceiling.
The octagon shaped marriage pavilion.
And the brightly colored columns in the public durbar hall.

But you know what the palace authorities have done that--sort of--makes up for not being able to take pictures?
They've put together a pretty spectacular virtual tour that really does show you what it's like to walk through the palace. You can even change the camera angle to look up at the ceilings, just as I like to do in real life. 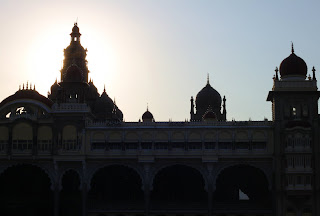 The palace was built after the old one burned down. The builders did their best to make this one fire proof--and a hundred years later it's still here. That's pretty good considering all the electrical circuits running through the building. 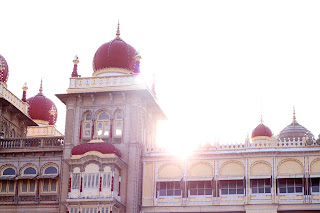 Electricity was a new thing in 1912, so the royal family was pretty modern to move into their new palace with everything ready to be lit up. 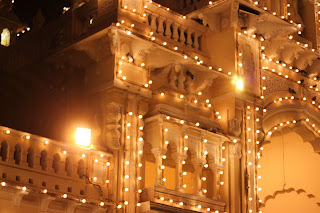 And not just lighting up the inside for practical purposes--there are over 96000 lights on the palace. It was constructed this way as part of the original design, not an after thought. 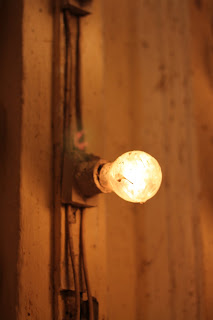 And they are not little twinkle lights, either, but regular 15 watt bulbs.
Electricity in 1912 was a fairly new and extravagant thing. I can't imagine what it must have cost then. 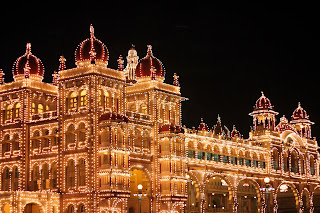 now the electricity bill must be out-of-this world high.

The lighting IS pretty amazing. How would you like to be the person/s that has to keep track of burned out bulbs?!