So when the auto driver that took me home finally stopped at the end of the ride and said he had no change, it was not what I wanted to hear.
And I was feeling just ridiculous enough to fight over it. 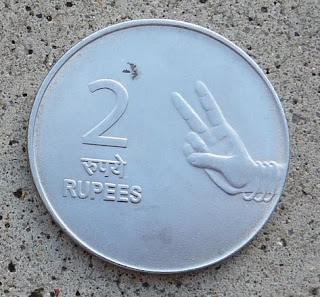 My change was 8 rupees. I would have been satisfied with 5. But he didn't have a five.
"What? Are you sure? You don't have five? Just give me five. I have no change."
"I don't have it," he said, "Look." He showed me his bills.
But that was just the bills, not his coins. He must have something. "Give me two rupees, give me one. Give me something."
He was amused, and he pulled two rupees out of his shirt pocket.
"Madame, that's for my cigarette," he said, "You know, for smoking." 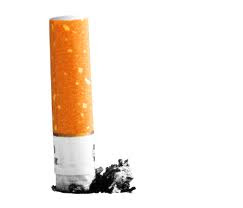 Ya, I know a cigarette is for smoking, and you can look at this two ways, buddy: either I'm helping your health by taking your designated smoking allowance or I'm giving you six rupees for three more cigarettes.
"Give it to me," I said.
He did.

One small victory.
Or some such delusion.
at 8:45 AM

Strong or stubborn: not sure which. :)