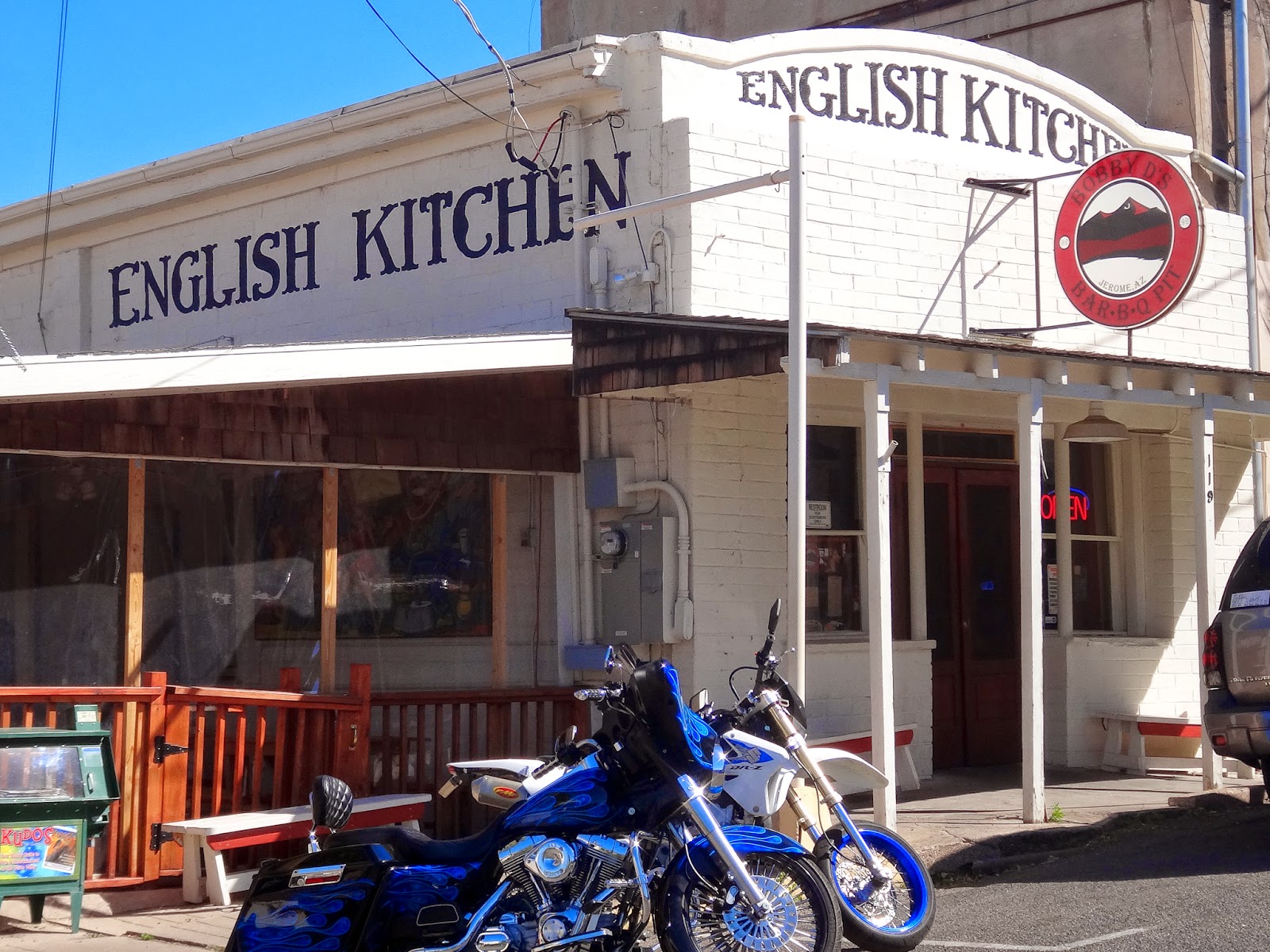 When I saw the sign for "English Kitchen", I wasn't real thrilled with the prospect of English food for lunch.  But it was actually the smell of  Bobby D's BBQ that we followed in to the building.

Turns out, the English Kitchen is a historical landmark as a building--the food, though, is much changed.

The building has a fascinating old west story of miners, opium, Chinese people and not one bite of English food.
The "English" of English Kitchen referred to the menu, which was in English (instead of Chinese).  It contained a full list of English foods, just as the name promised.  But what was served by the Chinese owner to every patron--no matter what they ordered--was the same chow mein.
Having been in some Asian kitchens with "English" menus, I can absolutely imagine that happening.
at 8:52 PM