Douglas mansion and the mine that built it 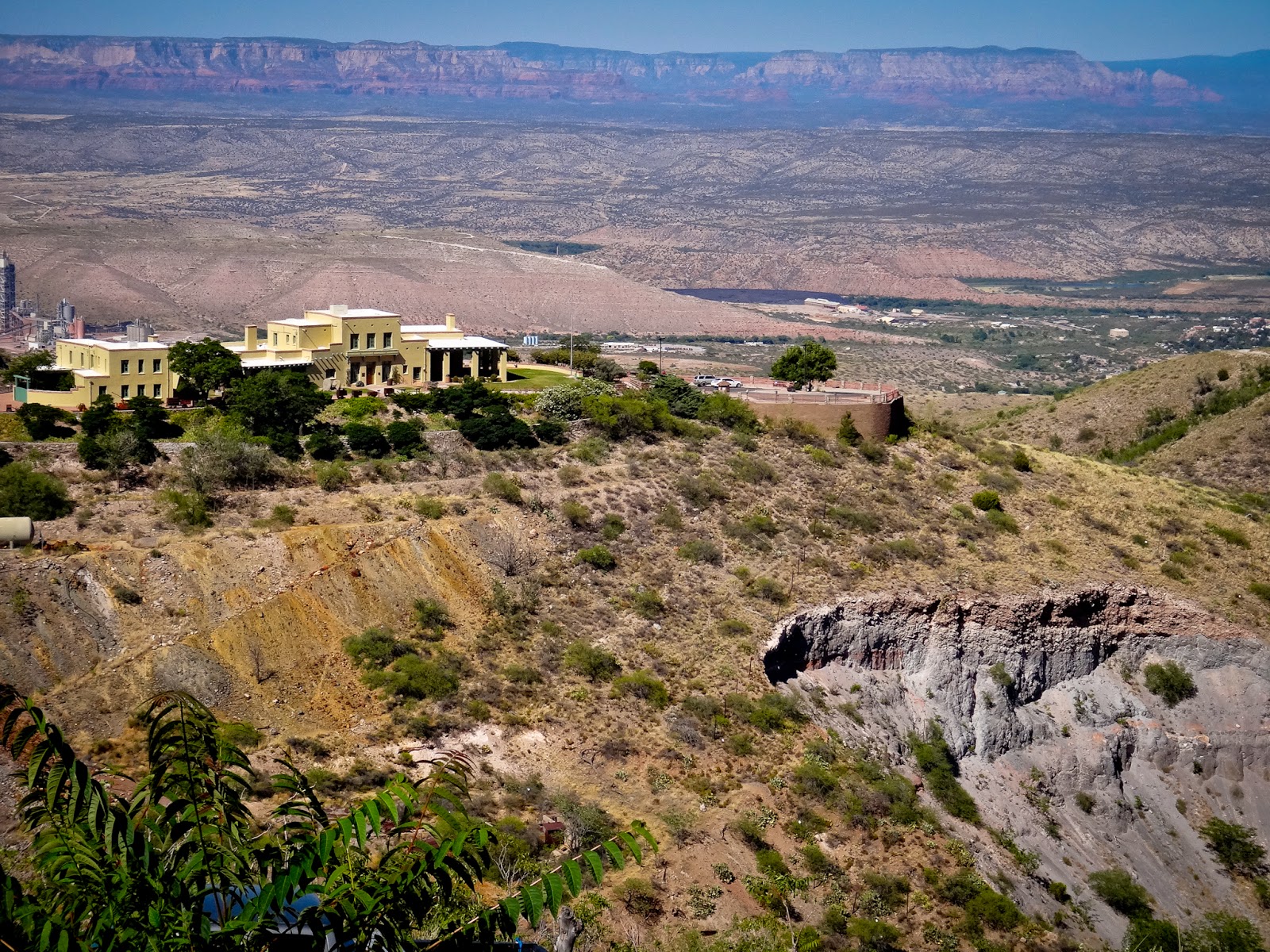 A millionaire built his mansion on this mountain.

It took Mr. Douglas two years of unfruitful excavating to find anything worth mining, but it paid off in 1944 when deposits of copper, silver and gold were found.

Boom.  He was rich.
He needed a mansion on a mountaintop. 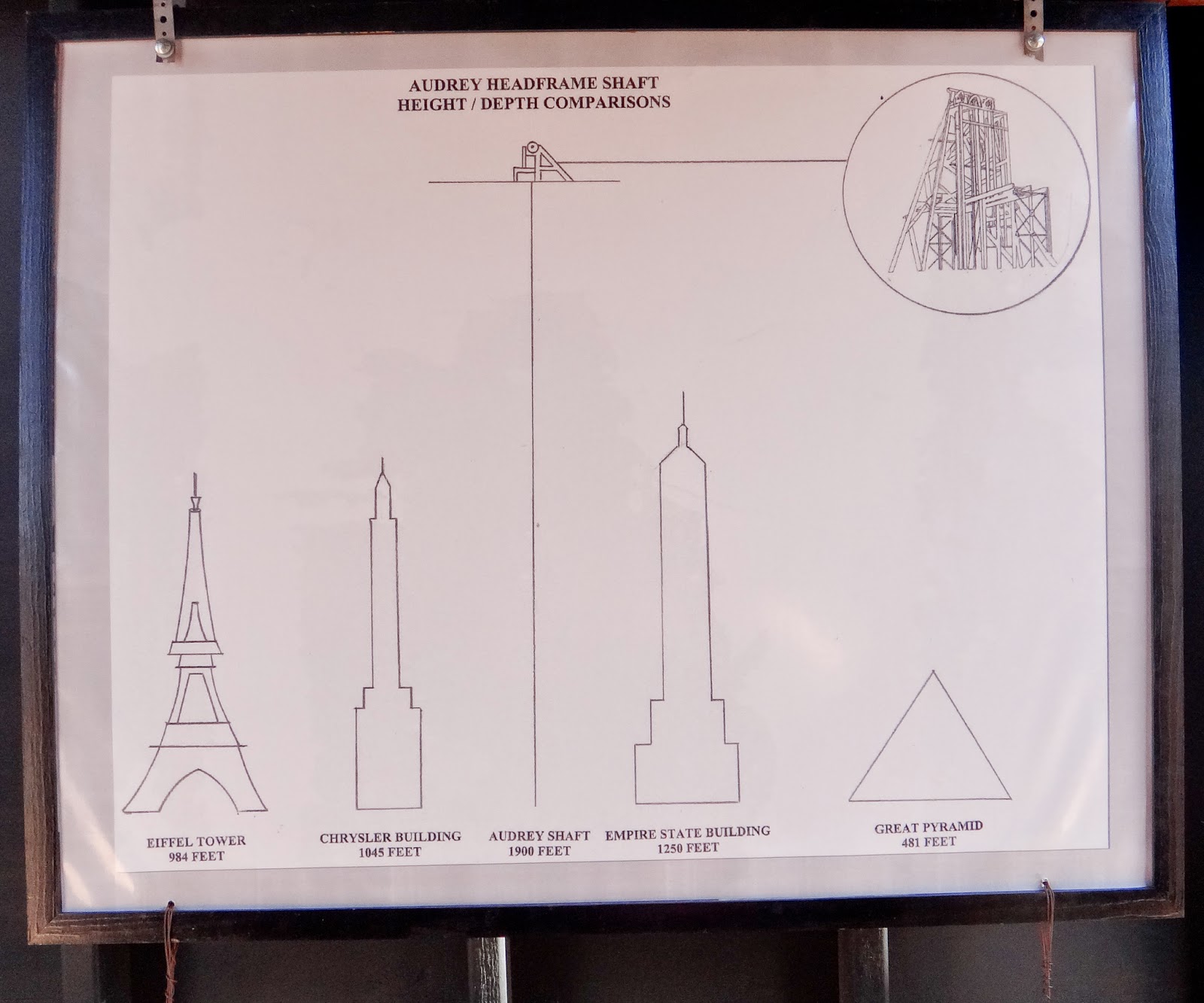 Today you can stand at the top of one of the mining shafts and look down into its 1900 feet depths.
That's a greater height than the empire state building...as the sign shows. 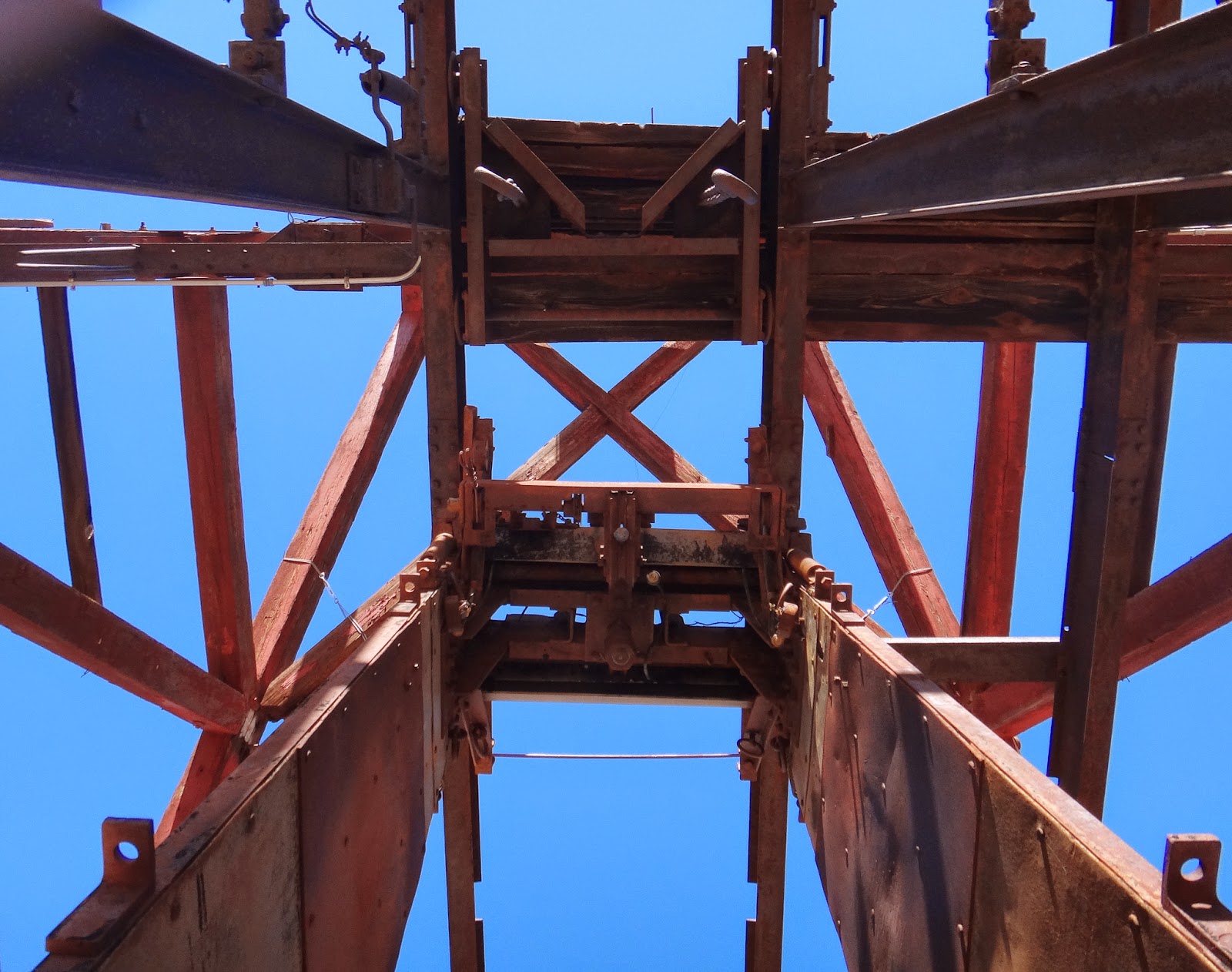 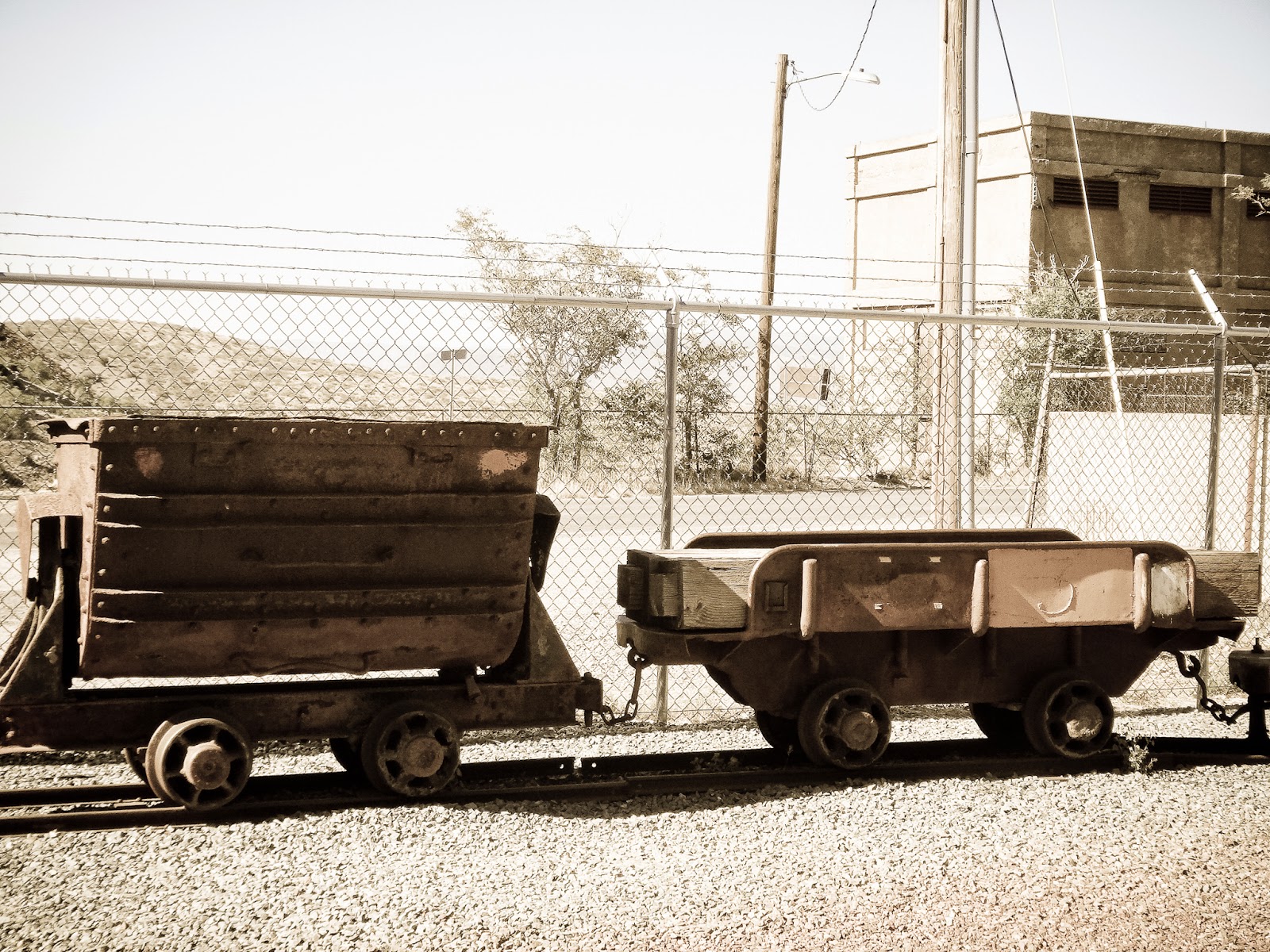 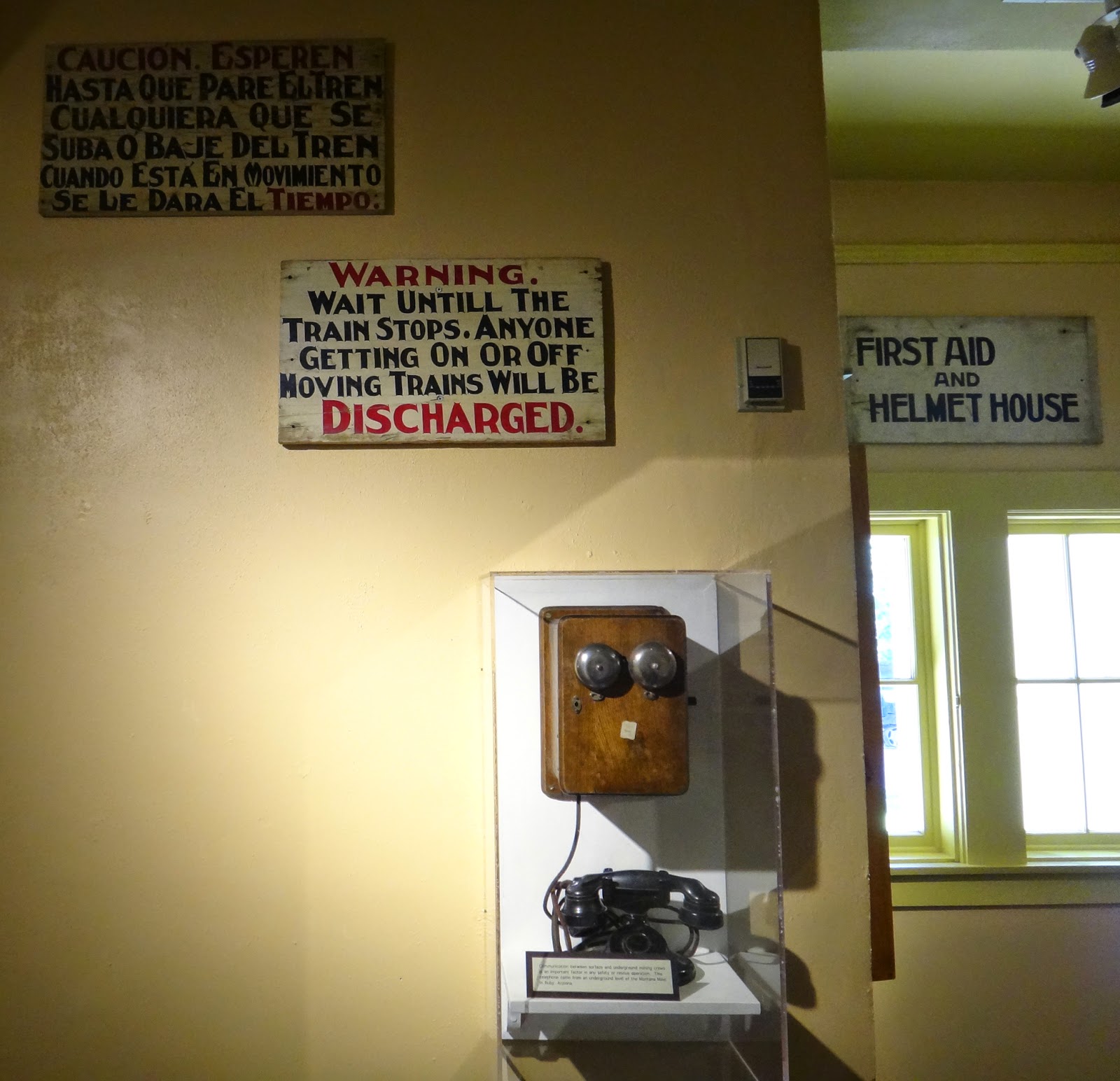 And there's no one living in the mansion either.  It was put on sale for only $40,000 dollars in the 1960s, but now it has been turned into a museum of the area's mining history.
No one is using the ahead-of-it's-time central vacuuming system.
No wealthy visitors are resting in the living room which, at 1400 square feet, is as big as some of the homes in Jerome.

No one needed what was left above ground once the millions of dollars were dug up from underground and carted away.