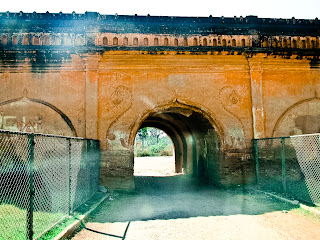 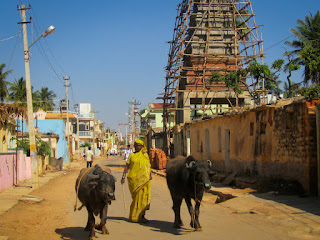 Some think Tipu Sultan is a bit of a national hero.  And this is the gate to the itty-bitty place just outside of Bangalore where he was born.


Though they have street lamps and electricity now, there are other things about the old streets that would probably look familiar to Tipu.
But otherwise, Devanahalli is just a little place off the side of the highway, marked by a small sign.
Most people, to see something of Tipu's legacy, would go to one of his forts or battle grounds and see some of the impressive weaponry he possessed. 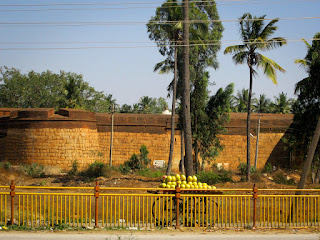 Tipu Sultan ruled the kingdom of Mysore and fought to keep the British East India Company at bay. 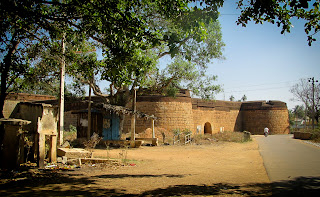 When he finally died in battle against the British, one of their biggest resistors was eliminated and they had access to all kinds of wealth.  At the time, the people all the way in London and Paris had heard of Tipoo Sahib, but now he's as forgotten as his birthplace.