Welcome to the ruins of Feroz Shah's fortress. 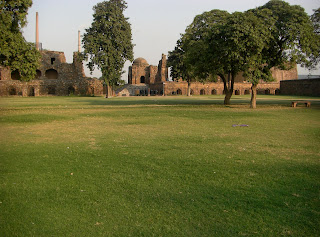 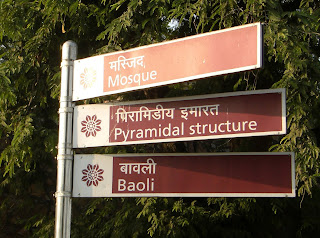 Where here we have a mosque, a pyramidal structure, and a baoli. 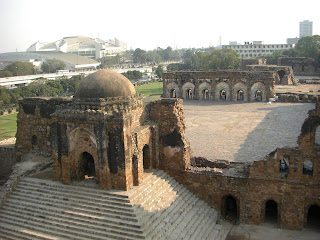 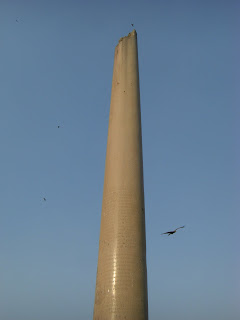 So the famous thing about the Feroz Shah Kotla complex is the sandstone column at the top of the pyramidal structure. It was taken from something built by the famous emperor Ashoka sometime around 300 B.C. 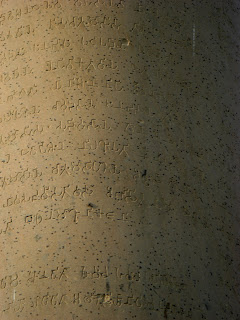 One theory is the writing on it is Brahmi script. 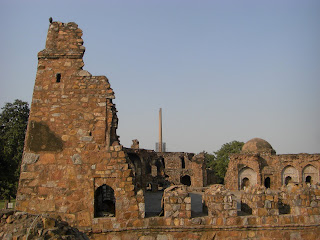 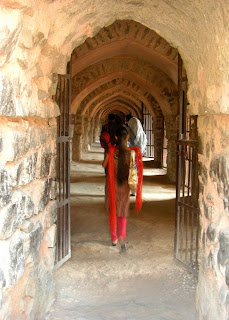 The other thing about the complex is that--like a haunted house--young people like to give themselves the shivers by walking through the "djin tunnels" with their friends and scaring each other.
at 12:28 PM