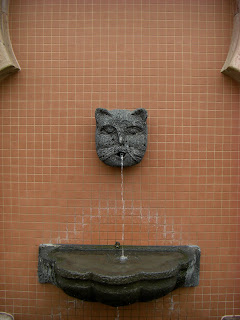 I saw a sign at the Kansas City airport when we arrived that said, "City of Fountains".
I made up my mind right then to look out for fountains. And I did see a number of them. 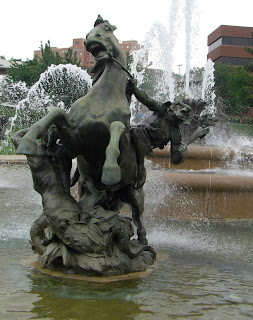 Some were kind of odd. 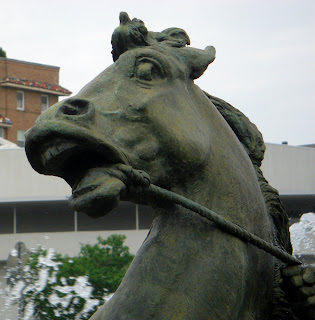 As in: what is this guy doing to the horse? And why capture that in statue form? 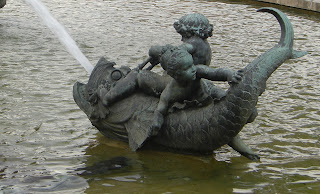 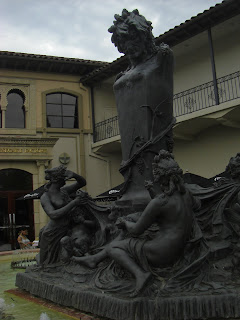 I would be less surprised to find Zeus if this was Europe and not the midwest, Lewis and Clark territory. But okay, maybe a city full of fountains needs to come up with more ideas than the average city with fountains.

Even the American Midwest is influenced by those Greeks. :)