Looking over this grassy expanse toward the Puget Sound, you wouldn't think you were looking at massive military fortifications. 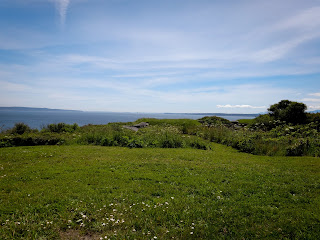 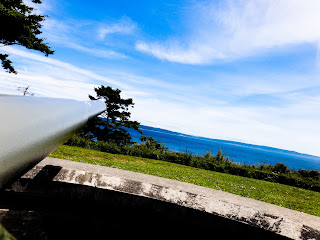 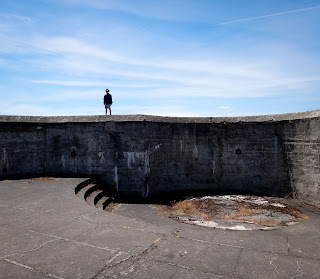 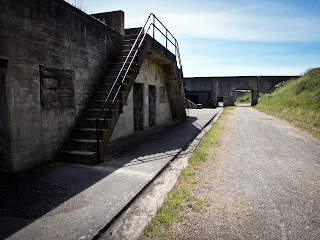 That's just what the enemy was supposed to think, too.
Fort Casey was part of the plan to protect the western sea coast from invasion. It would have worked if airplanes weren't invented. 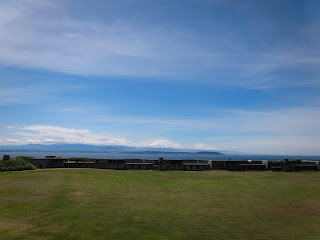 Today it's a huge park where people have picnics, fly kites and climb on the aging structures once meant to protect us.
I suppose an invasion by sea isn't so likely anyway.