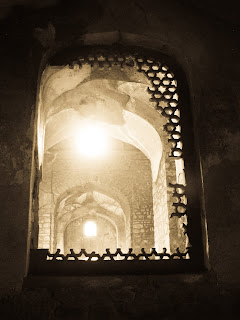 Afsarwala's tomb and masjid are inside the Humayan complex.
They aren't really that exciting.
Breaking down and unvisited, there isn't much of a story to tell about them either. 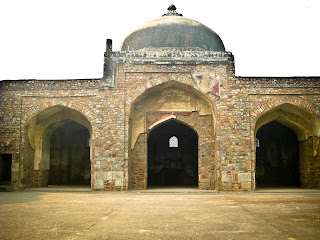 Except this:
The name Afsarwala. It means just what it sounds like:  Officer wala.
It's the officer's tomb and masjid.  Which officer, no one knows.  Most nobles were officers of some sort in the military way back when. 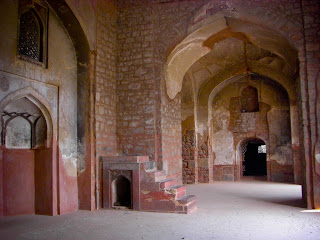 When this area to the west of Humayan's tomb was still a bustling market, the masjid would have been in the center of it.  But even then, it seems, no one remembered long enough which officer was the patron of the masjid.

Another irony of history, choosing what it will to remember or forget.
at 3:38 AM